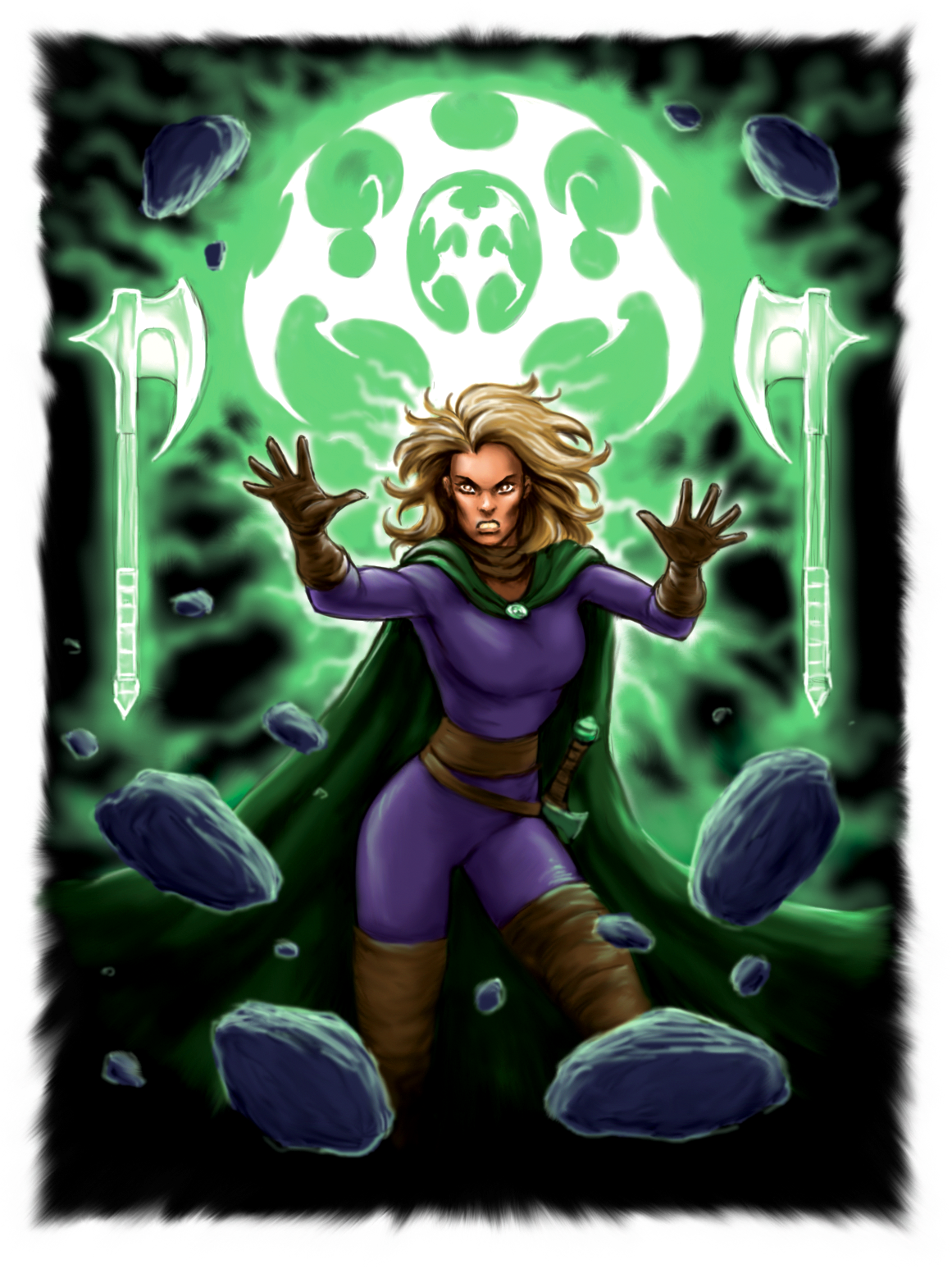 1) When you buy a scroll you are essentially buying the slot because you will be replacing them.

2) You can have up to a maximum of 8 scrolls in your hand. The three scroll decks can be used by anyone in the game. You can also find scrolls or get them as rewards for completing quests. If you have 8 then you must swap one out to keep it.

3) Scrolls can’t be stolen. But you can trade with other players or sell that slot at the Market.

4) If a scroll is attached to anything, leave that scroll with whatever you attached it to and pick another.

1) Each scroll has a usage that is displayed in the top left corner.

2) Once a scroll’s effect has been used or it’s been defeated, you must put it aside until it’s your turn again.

- Once = Put aside straight after usage.

- One Battle = When the battle is over for you the scroll is put aside.

- # Round(s) = After you complete the round(s) put the scroll to the side.

- Until Discarded = After you have chosen to end its effect put it aside.

- Attached = You attach that scroll to whatever it indicates and draw a new one immediately. When the attached scroll gets discarded, don’t replace it with a new one.

3) When you have used a scroll, place it to the side. When it’s your turn again put those cards back into a scroll deck and replace those cards with new ones. At any point during the game you can choose to discard any scrolls in your hand. If you do, place them aside and replace them as normal at the beginning of your next turn.

4) If a player dies after activating a scroll that lasts for a number of Game Rounds/Turns, that scroll will remain in use until its effect is over.

1) A scroll’s effect can be used at any point on your turn depending on the scroll. Its effect is displayed on the card and its effect will explain when it can be used.

2) Some scrolls make you discard your own or others’ scroll cards and draw new ones. When doing this you discard only the scroll cards that are in hand, including the one that was used to discard them.

3) Some scrolls you can use during your opponent’s or enemy’s attack. These are: Defense, Shield, and Spell scrolls.

4) If a scroll card’s effect is blocked by another, a rule in the game, or fails in any way to carry out its effect after being used, it is defeated and put aside to be replaced at the beginning of your next turn. 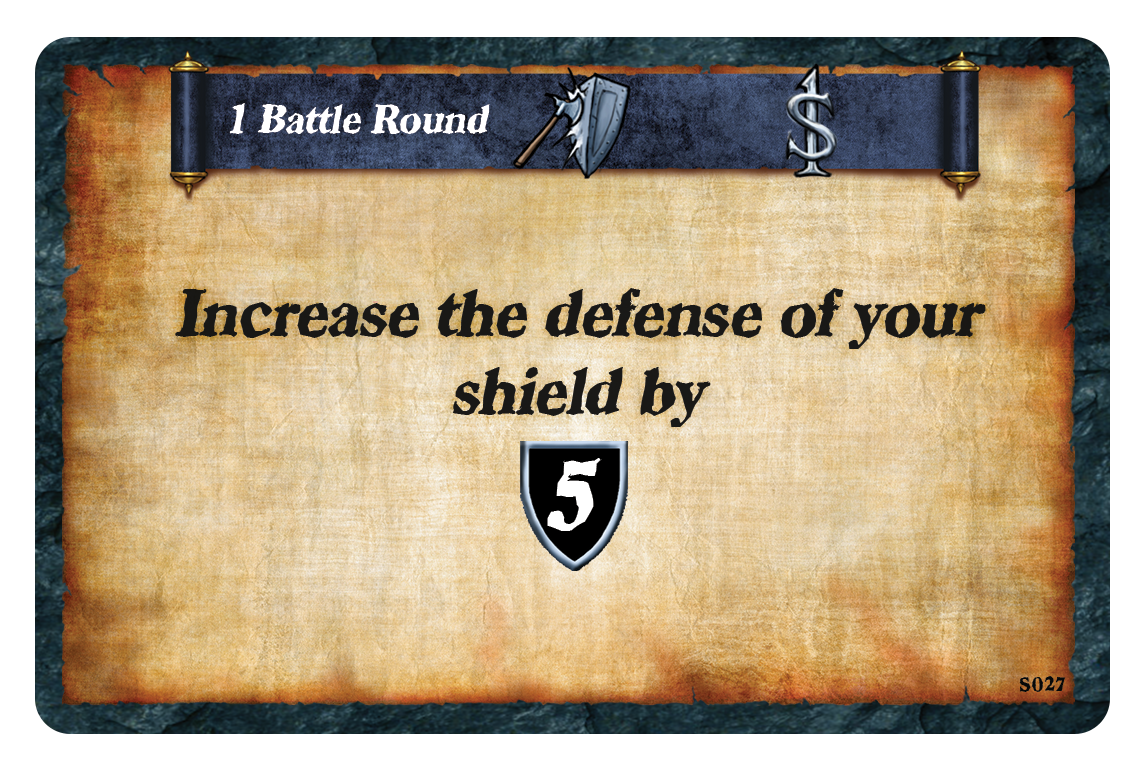 - Attack scrolls: Typically used in battle to inflict damage on either your opponent or enemies or increase a weapon’s attack.

- Defense scrolls: Used to defend yourself or others from taking damage, deflecting damage or increasing your shield’s defense.

- Shield scrolls: Using a shield scroll protects you, items, coin, or even a trap from other players and enemies. If it’s to protect your items or coin if you get defeated in a battle you must activate it during the battle before you are defeated. You can attach them to traps. Shields that protect you from players or enemies interacting with you can be activated during an interaction to end that interaction.

- Spell scrolls: These scrolls have a general purpose which will be displayed on the card. 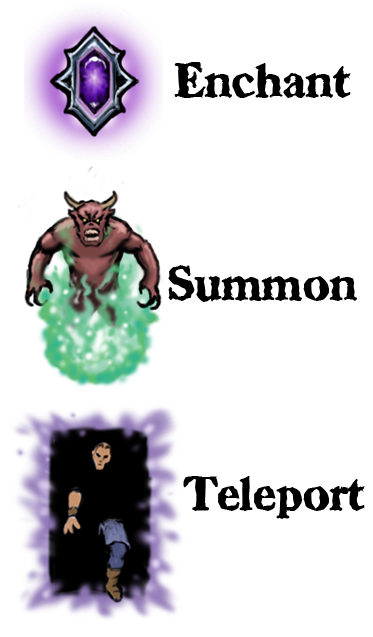 - Enchant scrolls: You can enchant your items to gain a special effect. When you do, attach the scroll with that item and pick another scroll. When the item is discarded or destroyed, return the scroll to its deck, but don’t draw another.

- Summon scrolls: You can summon creatures to fight with you in battle. When you summon them you keep the creature and the scroll until the end of the battle or when specified. After the battle you return the creature to its original deck (if there is one) and the scroll card you put aside. You can’t use an essence if you have placed it in your Rucksack.

- Teleport scrolls: Are used to teleport yourself or others around Lirennor. Unless specified you can teleport from anywhere to wherever the scroll says to go. When teleported you must interact with whatever you land on before ending your turn. You can use teleport scrolls to escape battles, traps or when you have to remain with anything. 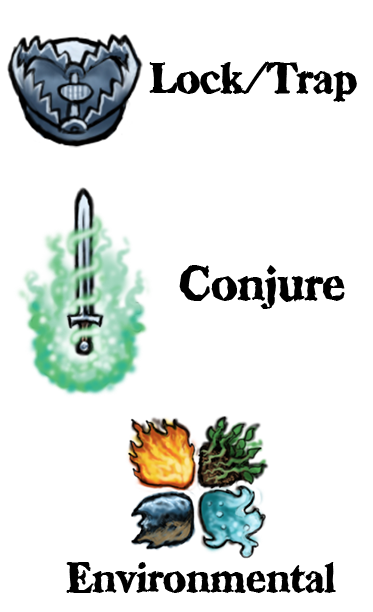 - Lock and trap scrolls: With these you can trap players or enemies and also lock your items or coin away. Locking your items away refers to anything unequipped. Attach to the items and pick a new card. When locked not even you can gain access. You can only gain access when you discard the scroll.

- Conjure scrolls: When you need a weapon or your weapon isn’t strong enough, then you can conjure one to use in a fight. When you do, the conjured weapon takes over any weapon or combo you have equipped. You don’t unequip the old one, but you can’t use it until the conjured one is defeated or discarded.

- Environmental scrolls: With these you have the ability to change the environment, weather, and even the physical board tiles. If you flip a tile over with a Medallion Piece, Region Stone or anything else on it, you must place it on the other side wherever you wish, but not on a building or Quick Path.

Traps
What is DIZED Rules?
Dized Rules is a next generation rulebook for any tabletop game, including a search and a built-in FAQ. Dized also offers interactive play-along Tutorials which allow you to learn new games while you play!
Did you have an issue?
If you didn't find what you were looking for, or have general feedback about the service, please let us know. Together we can make Dized better!
Let us know
Copyright © 2018-2023 Dized
staging 45 2023-01-26T04:31:23.533Z