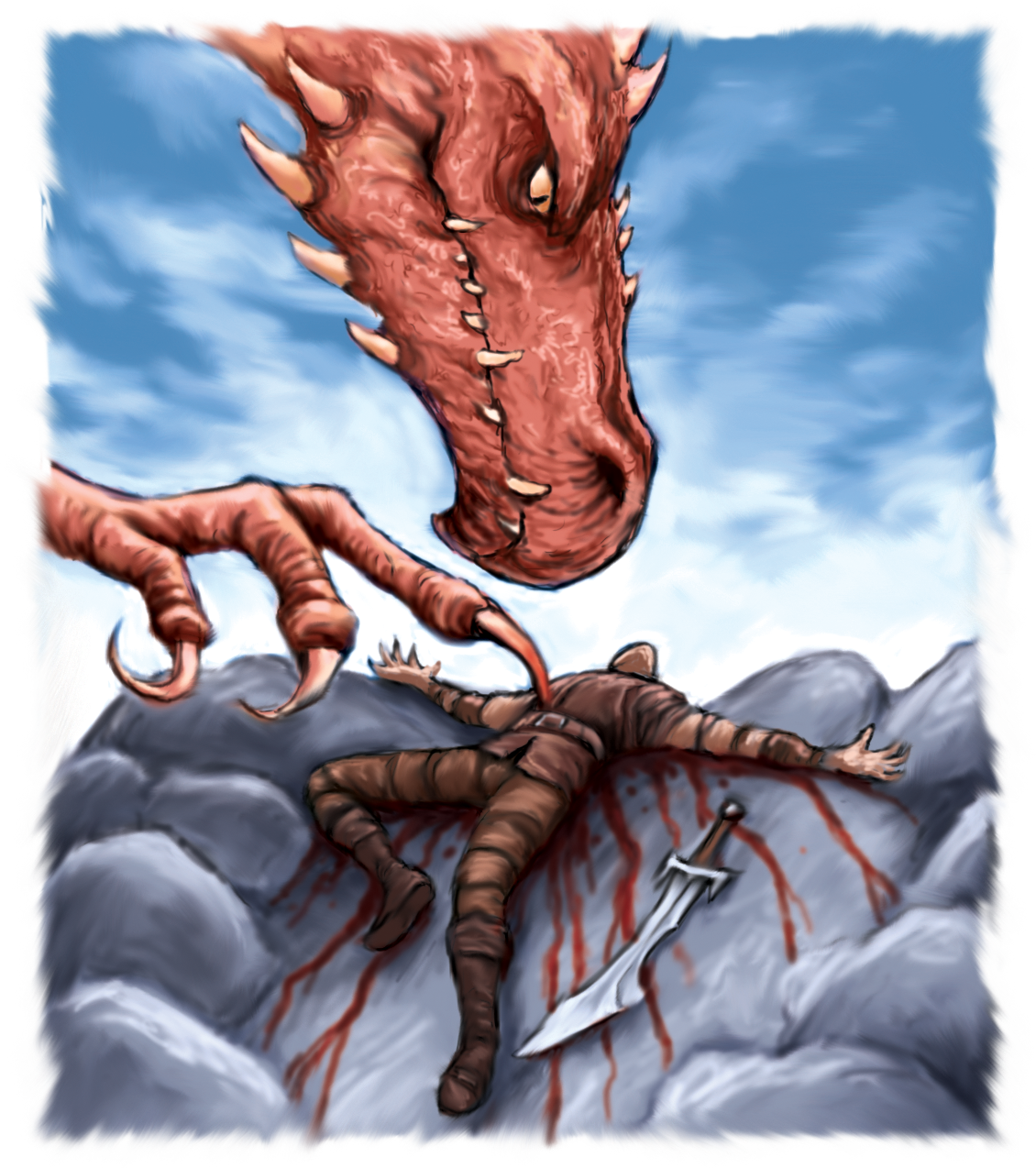 - If you are defeated in battle (your health has gone down to nothing), you will die.

- After dying, players must wait one Game Turn out of the game before they can come back to life on their following Game Turn.

- Heroes: When a Hero dies, if at the time of death they had a Medallion Piece they will respawn after waiting one Game Turn out of the game at any Inn. Their Medallion Piece is consumed and left on the step they died on unless it was taken by their opponent. Any player can reclaim it afterwards by surviving any interaction on that step and then picking it up.

- If a Hero is killed and at the time of death had no Medallion Pieces, then they will leave the game.

- If Saladar is killed and at the time to respawn has no active Region Stones, he will have to leave the game.

- If a player dies and must leave the game, their unstolen items go back to where they came from. Region Stones and Medallion Pieces stay on the step they died on.

As soon as you exit the battle by any means you immediately end your Battle Turn and enter the normal Game Rounds with everyone else. You then wait until it’s your Game Turn.

Core Playing Modes
What is DIZED Rules?
Dized Rules is a next generation rulebook for any tabletop game, including a search and a built-in FAQ. Dized also offers interactive play-along Tutorials which allow you to learn new games while you play!
Did you have an issue?
If you didn't find what you were looking for, or have general feedback about the service, please let us know. Together we can make Dized better!
Let us know
Copyright © 2018-2023 Dized
staging 45 2023-01-25T19:47:03.362Z