The Combat Phase is when battles are resolved. A battle takes place if a Sector is occupied by more than one opponent (player or non-player such as Ancients, Guardians, or the GCDS). Battles are resolved in descending numerical order as determined by the Sector Number printed on each Sector tile. 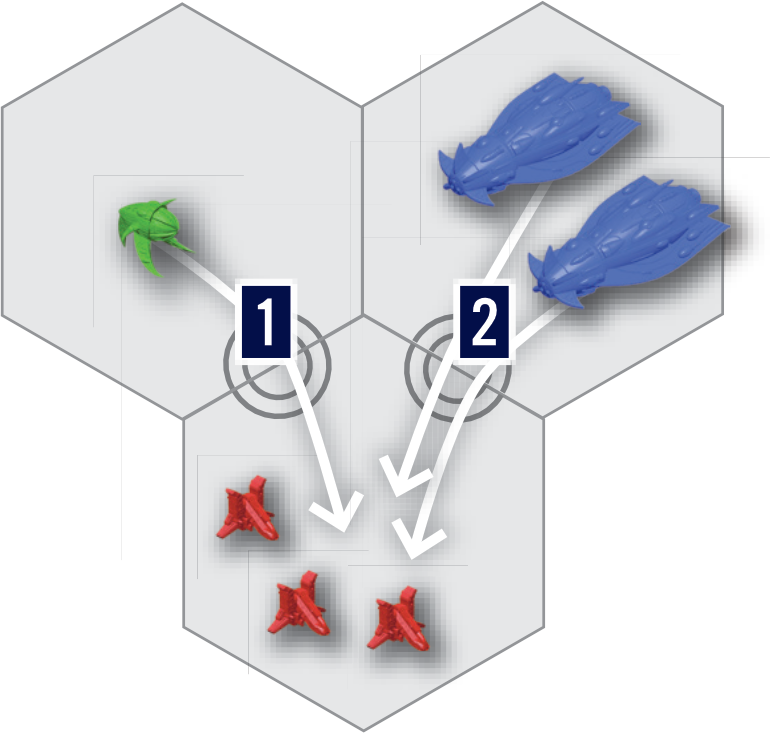 Battle Resolution Order Example (Above): The Red player is already present in the Sector. Green Moves there first followed by Blue. Green and Blue will battle first, and Red will then battle the survivor.

Main Battle Concepts
What is DIZED Rules?
Dized Rules is a next generation rulebook for any tabletop game, including a search and a built-in FAQ. Dized also offers interactive play-along Tutorials which allow you to learn new games while you play!
Did you have an issue?
If you didn't find what you were looking for, or have general feedback about the service, please let us know. Together we can make Dized better!
Let us know
Copyright © 2018-2022 Dized
main 29 2022-05-19T20:53:42.528Z