The Initiative order is: 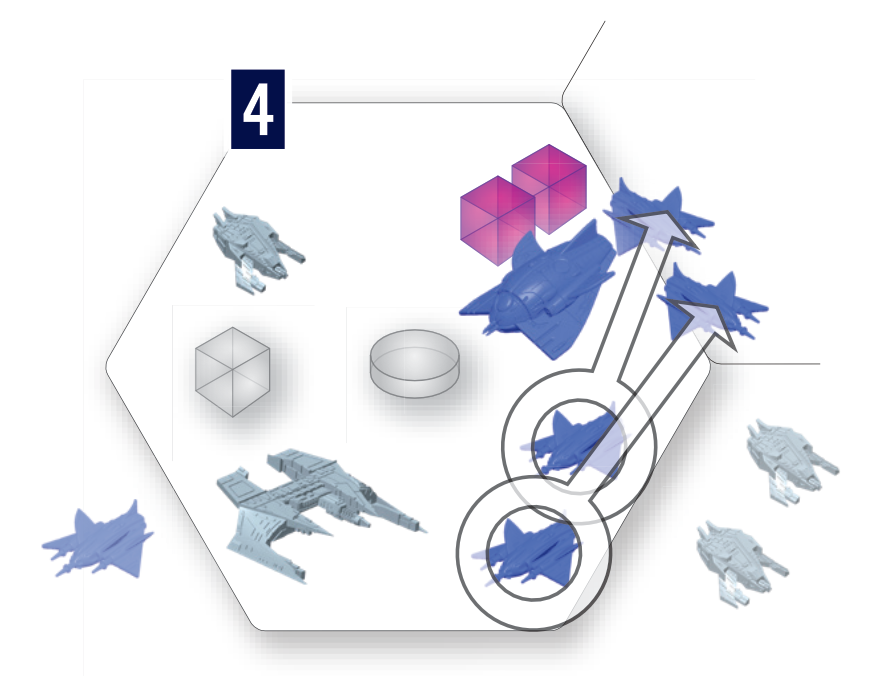 Vernor decides to Retreat his Interceptors, moving them between the current Sector and the Sector he wants to Retreat to. 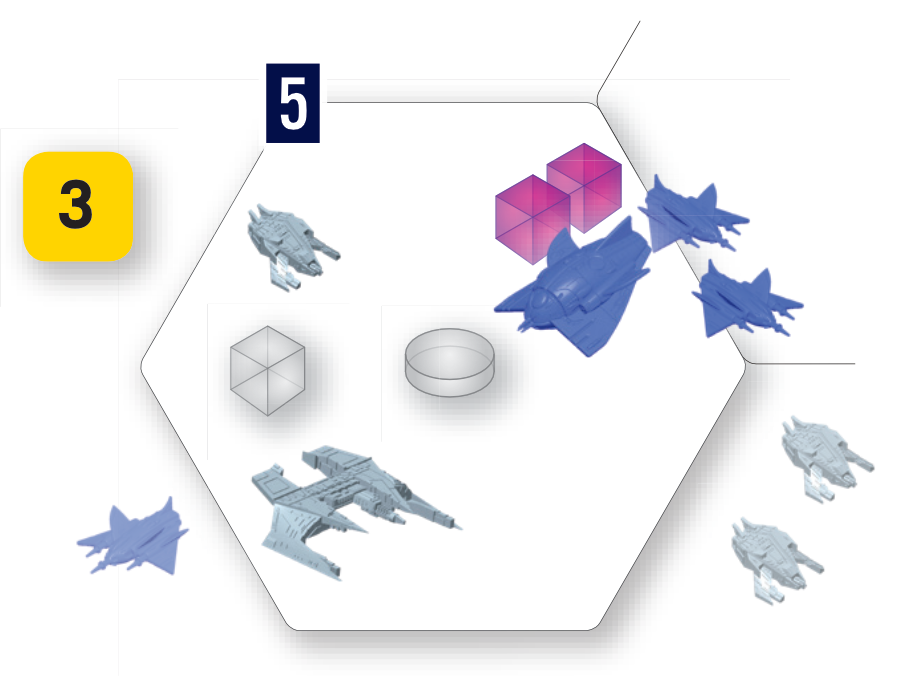 Johanna Attacks with her Interceptor and rolls for the Ion Cannon: 3, a Miss. 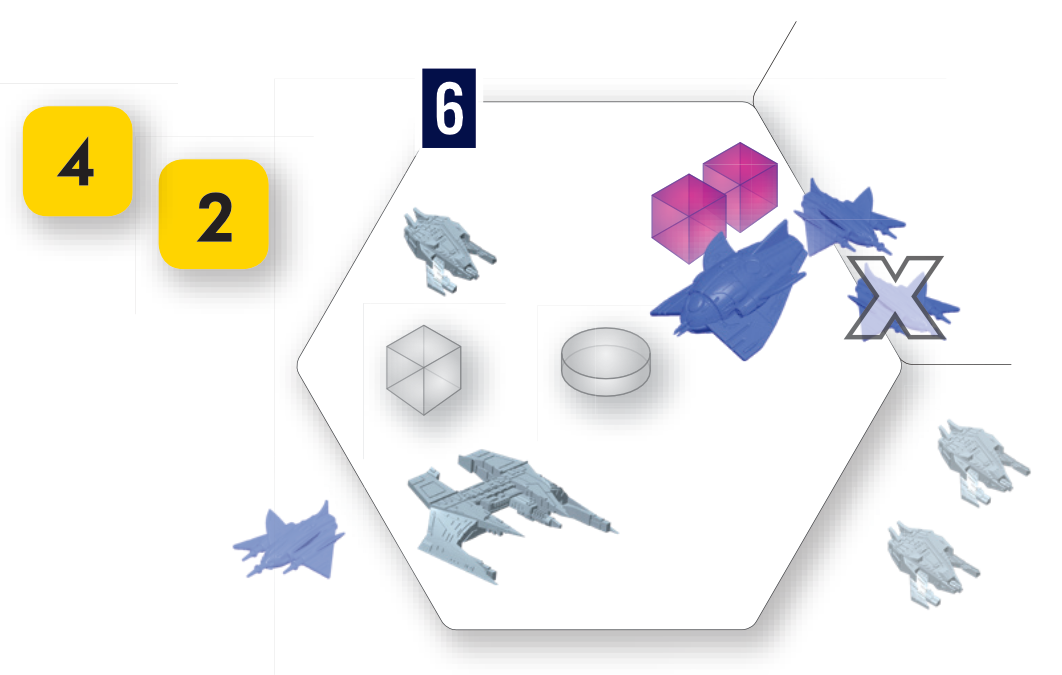 Johanna Attacks with her Cruiser and rolls for the Ion Cannons: 4 and 2. She assigns the 4 to one of the Retreating Interceptors, destroying it. She places the destroyed Ship next to her Species Board. The roll of 2 is a Miss. 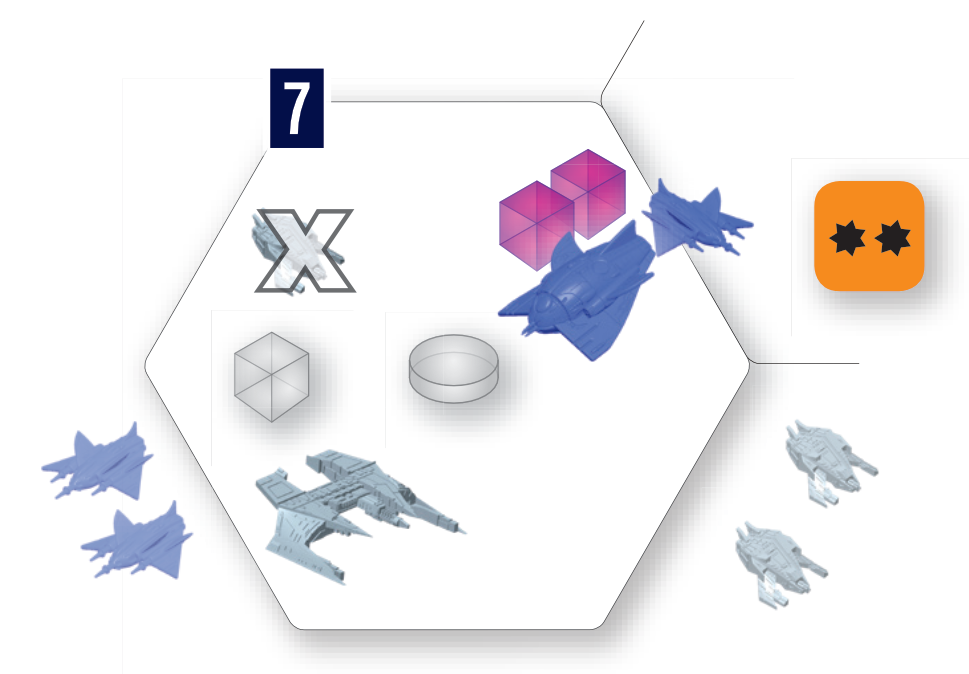 Vernor Attacks with his Cruiser and rolls for the Plasma Cannon:

, which he assigns to Johanna's remaining Interceptor. It is destroyed and Vernor places it next to his Species Board.

The first Engagement Round ends and next begins. 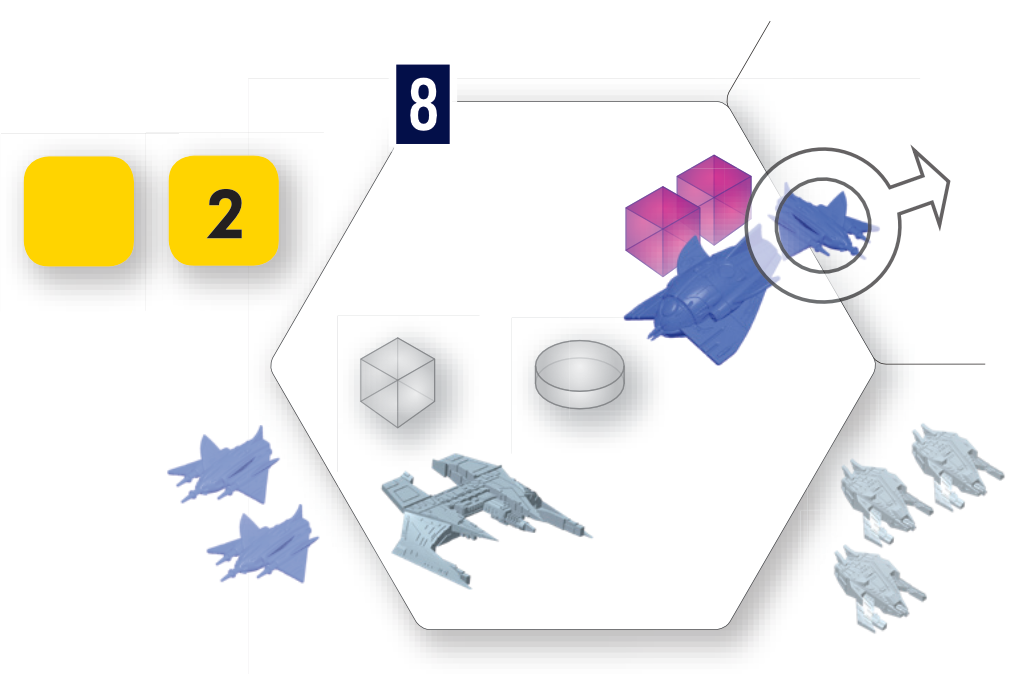 Vernor's remaining Interceptor Retreats, moving to the neighboring Sector. Johanna Attacks with her Cruiser and rolls for the Ion Cannons: blank and 2, Misses. 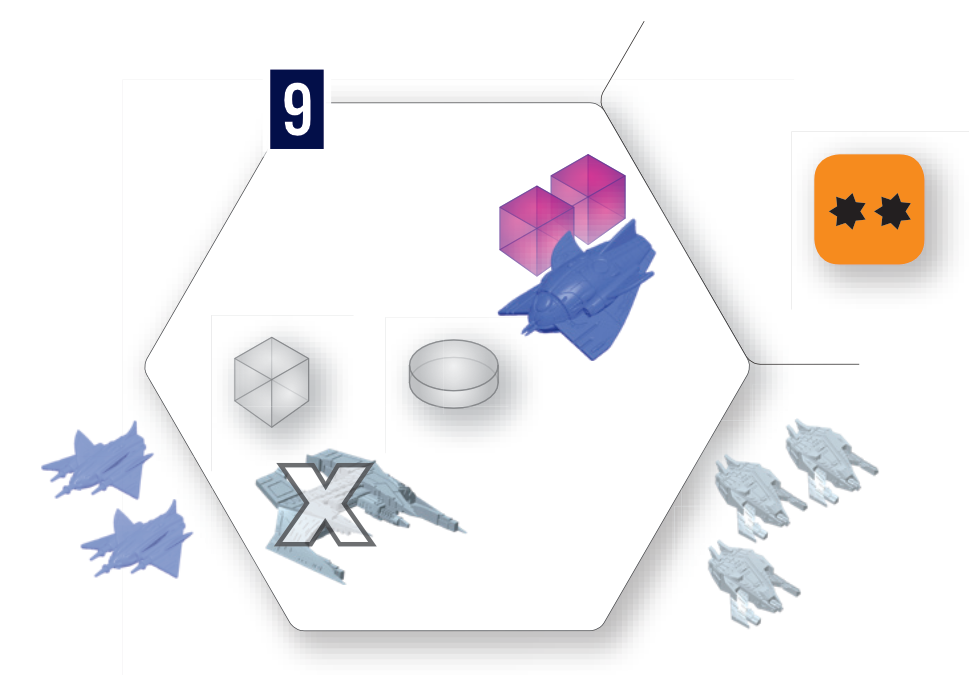 Vernor Attacks with his Cruiser and rolls a

. He assigns it to Johanna's Cruiser, which receives two points of damage and is destroyed. Vernor places the destroyed Ship next to his Species Board. 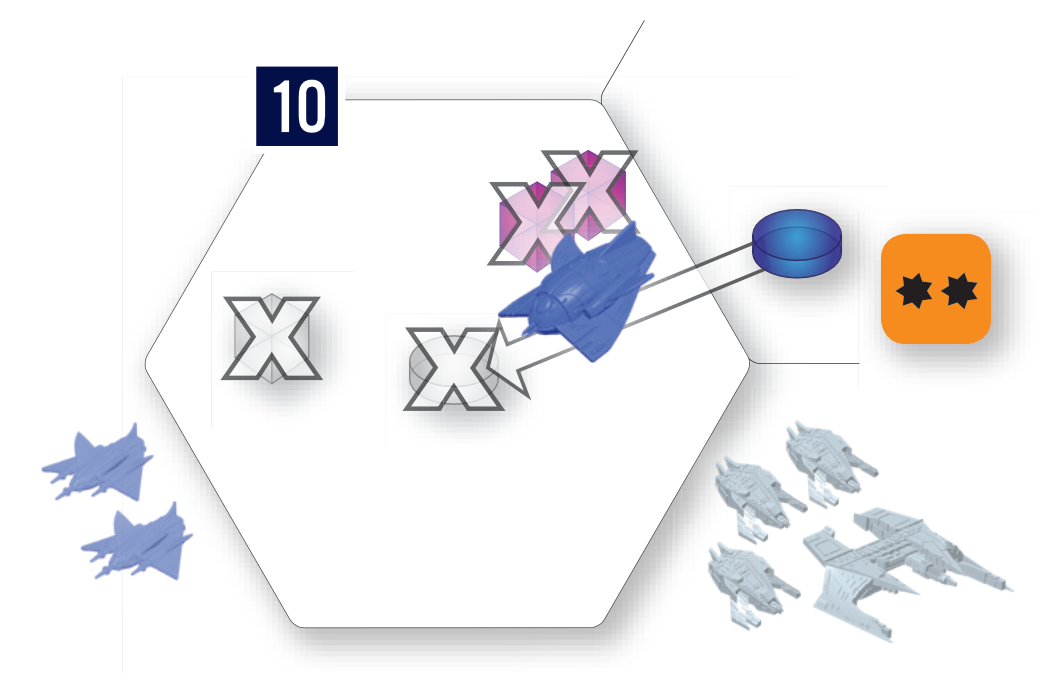 The battle ends, as Johanna's final Ship is destroyed. Since there are no more opponent Ships in the Sector, and this was the only battle of the Combat Phase, players draw Reputation Tiles. As the Defender, Johanna draws a total of three Reputation Tiles: one for participation in the battle and two for the destroyed Interceptors (one for each). She looks at them and keeps the highest one, placing it facedown on her Reputation Track. Johanna then returns the two unchosen Reputation Tiles to the Reputation Tile Bag.

Now that all players have drawn Reputation Tiles, destroyed Ships are returned to their owners.

All battles have been resolved, so the Combat Phase continues with Attack Population. Vernor may now Attack Johanna's Population Cubes in the Sector. He rolls a

Action Phase Example: Part 1
Action Phase Example: Part 2
Attacking
What is DIZED Rules?
Dized Rules is a next generation rulebook for any tabletop game, including a search and a built-in FAQ. Dized also offers interactive play-along Tutorials which allow you to learn new games while you play!
Did you have an issue?
If you didn't find what you were looking for, or have general feedback about the service, please let us know. Together we can make Dized better!
Let us know
Copyright © 2018-2022 Dized
main 29 2022-05-19T21:58:13.866Z