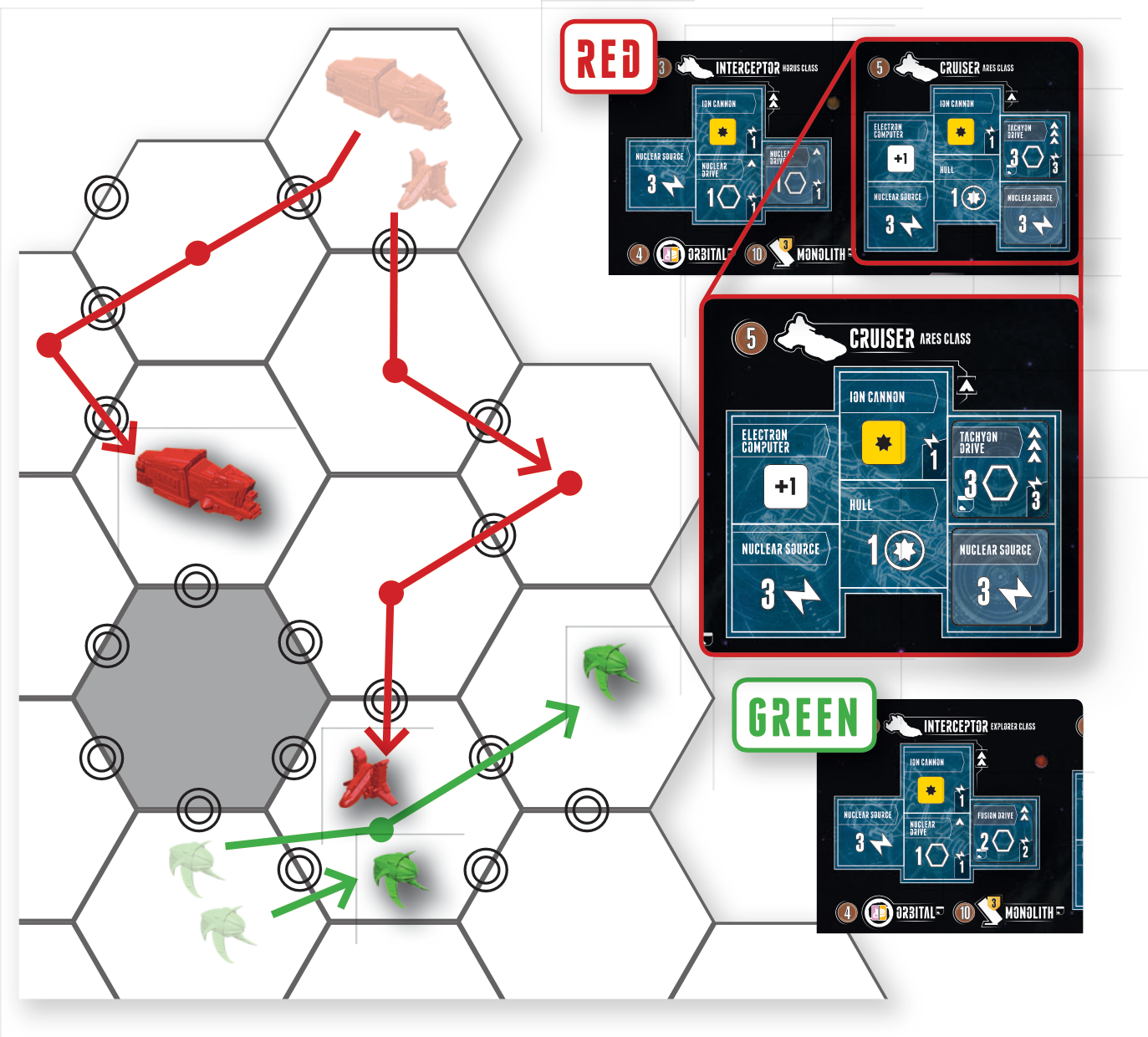 Green’s Interceptors also have a Movement Value of 2 and Green has 3 Move Activations. When Moving, their first Interceptor can only Move 1 Sector before being Pinned by the Red Interceptor. The second Interceptor, however, may Move through the Sector. Finally, Green decides not to use their third Move Activation.

Ships
Explore: Overview
Wormholes
Wormhole Generator
What is DIZED Rules?
Dized Rules is a next generation rulebook for any tabletop game, including a search and a built-in FAQ. Dized also offers interactive play-along Tutorials which allow you to learn new games while you play!
Did you have an issue?
If you didn't find what you were looking for, or have general feedback about the service, please let us know. Together we can make Dized better!
Let us know
Copyright © 2018-2022 Dized
main 29 2022-05-19T22:48:30.794Z