1) Randomise which player goes first. That player chooses a deployment area, and places the First Player Token next to their Gate.

3) Each player takes the 3 Action decks for their Champions and shuffles them together to form their draw deck.

4) Shuffle one deck of 11 Challenge cards. Draw a Challenge card and place it in the Cannot Be Scored slot (the one with no trophy symbol).

5) Place the victory and damage tokens at the side of the board at the reach of players.

7) The second player places traps face down on 2 trap hexes of their choice, without looking at them. There should now be 4 traps and 2 empty trap hexes on the board.

8) The first player draws a hand of 5 cards from their draw deck. They may discard any number of those cards and draw a new card for each card they discarded. Then all discarded cards are shuffled back in the draw deck.

9) Then the second player draws a hand of 5 cards from their draw deck and discards them the same way as the first player. Discarded cards are shuffled back into the draw deck.

10) The first player places their Champions onto unoccupied hexes in their deployment area.

11) The second player places their Champions onto unoccupied hexes in their deployment area. 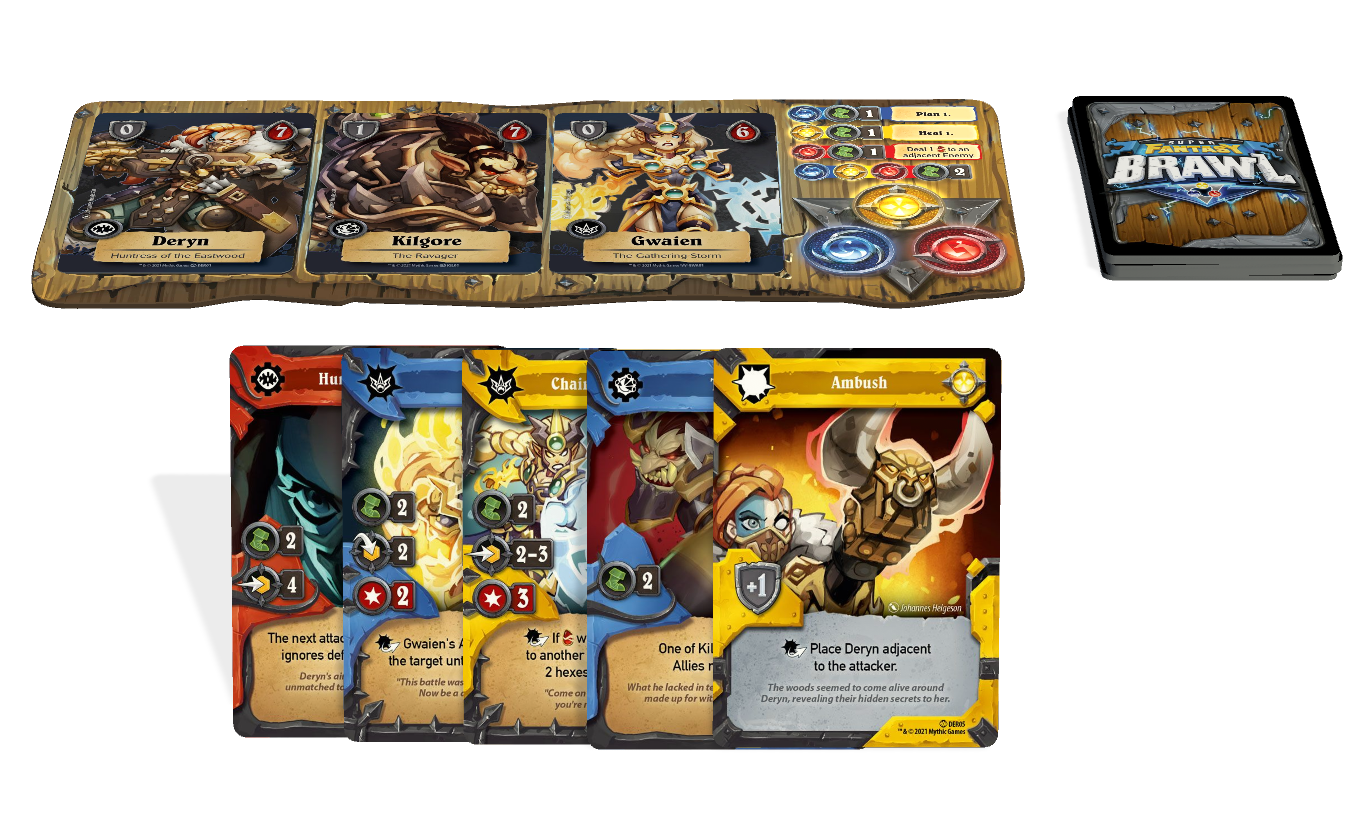 Casual Draft
Competitive Draft
What is DIZED Rules?
Dized Rules is a next generation rulebook for any tabletop game, including a search and a built-in FAQ. Dized also offers interactive play-along Tutorials which allow you to learn new games while you play!
Did you have an issue?
If you didn't find what you were looking for, or have general feedback about the service, please let us know. Together we can make Dized better!
Let us know
Copyright © 2018-2022 Dized
main 30 2022-08-09T21:03:54.071Z