For a change of pace and a quick challenge, try Speedwords, where players have more information about the Magic Word, but less time to figure it out.

The game is played as normal, but now when the Werewolves wake up, they'll be asked to tap a letter on the app screen. That letter will be shown to all players once the Night Phase is over, as well as the words and the number of letters in each word. 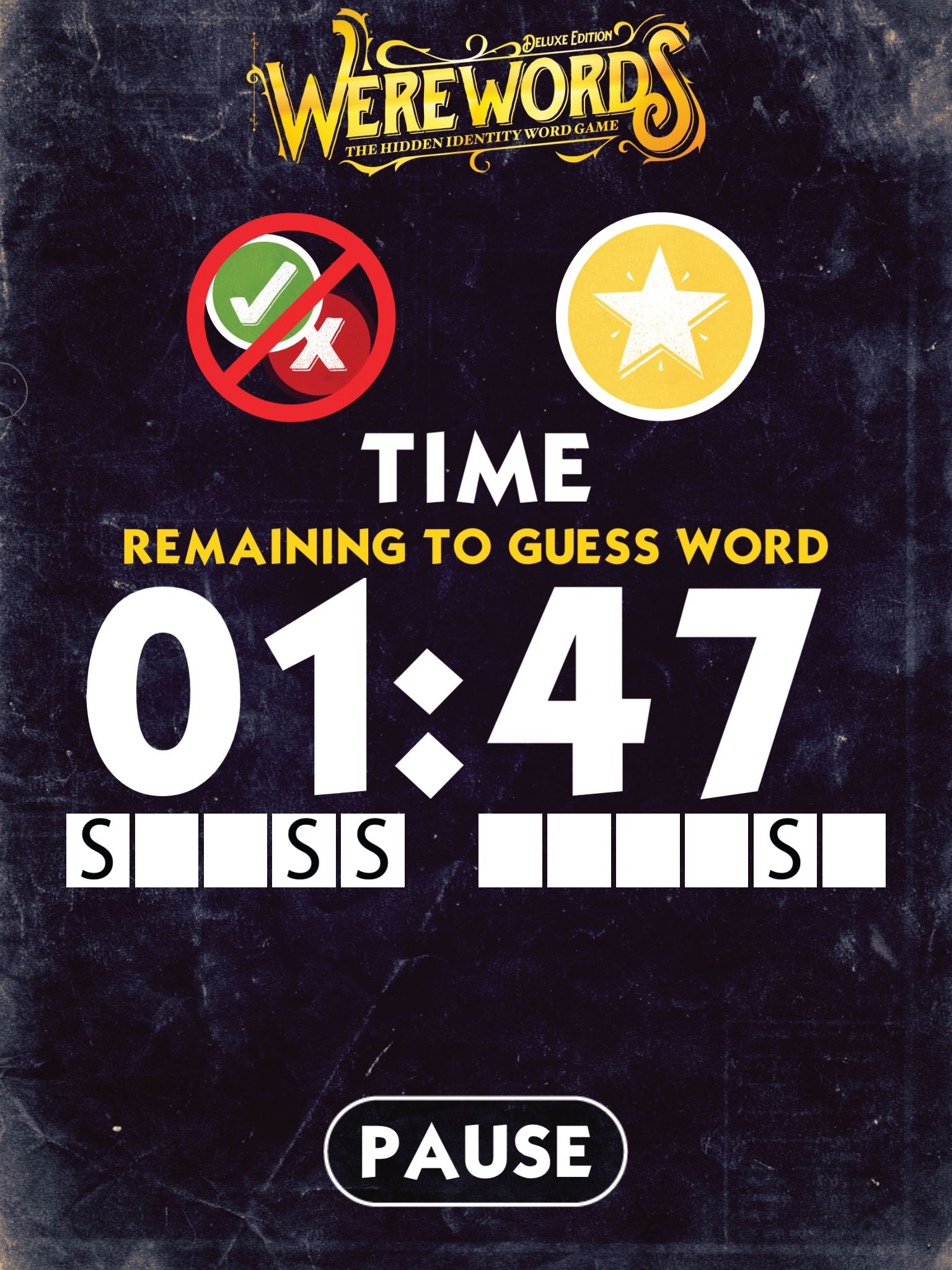 Set up: Standard Game (4-20 Players)
Gameplay Overview
What is DIZED Rules?
Dized Rules is a next generation rulebook for any tabletop game, including a search and a built-in FAQ. Dized also offers interactive play-along Tutorials which allow you to learn new games while you play!
Did you have an issue?
If you didn't find what you were looking for, or have general feedback about the service, please let us know. Together we can make Dized better!
Let us know
Copyright © 2018-2023 Dized
staging 45 2023-01-26T12:12:14.930Z