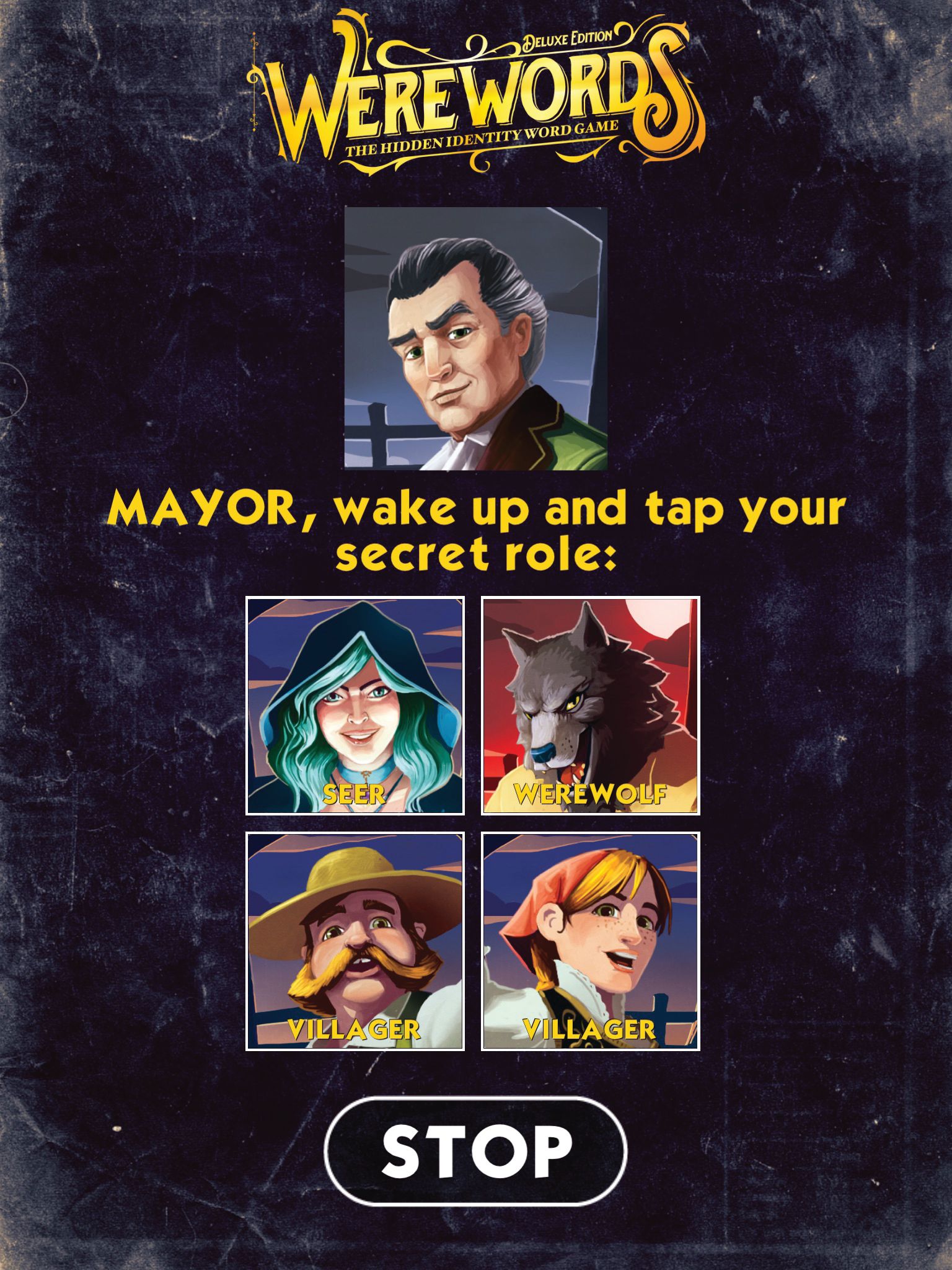 During this phase, the app will guide players on all instructions. To start the game, the Mayor presses the Play button on the app. The app tells all players to close their eyes.

Next, the Mayor chooses a Magic Word from the options shown. The Mayor should choose a Word that they think the players will be able to guess. The Magic Word is shown to the Mayor to confirm their selection. Then the app tells the Mayor to close their eyes. 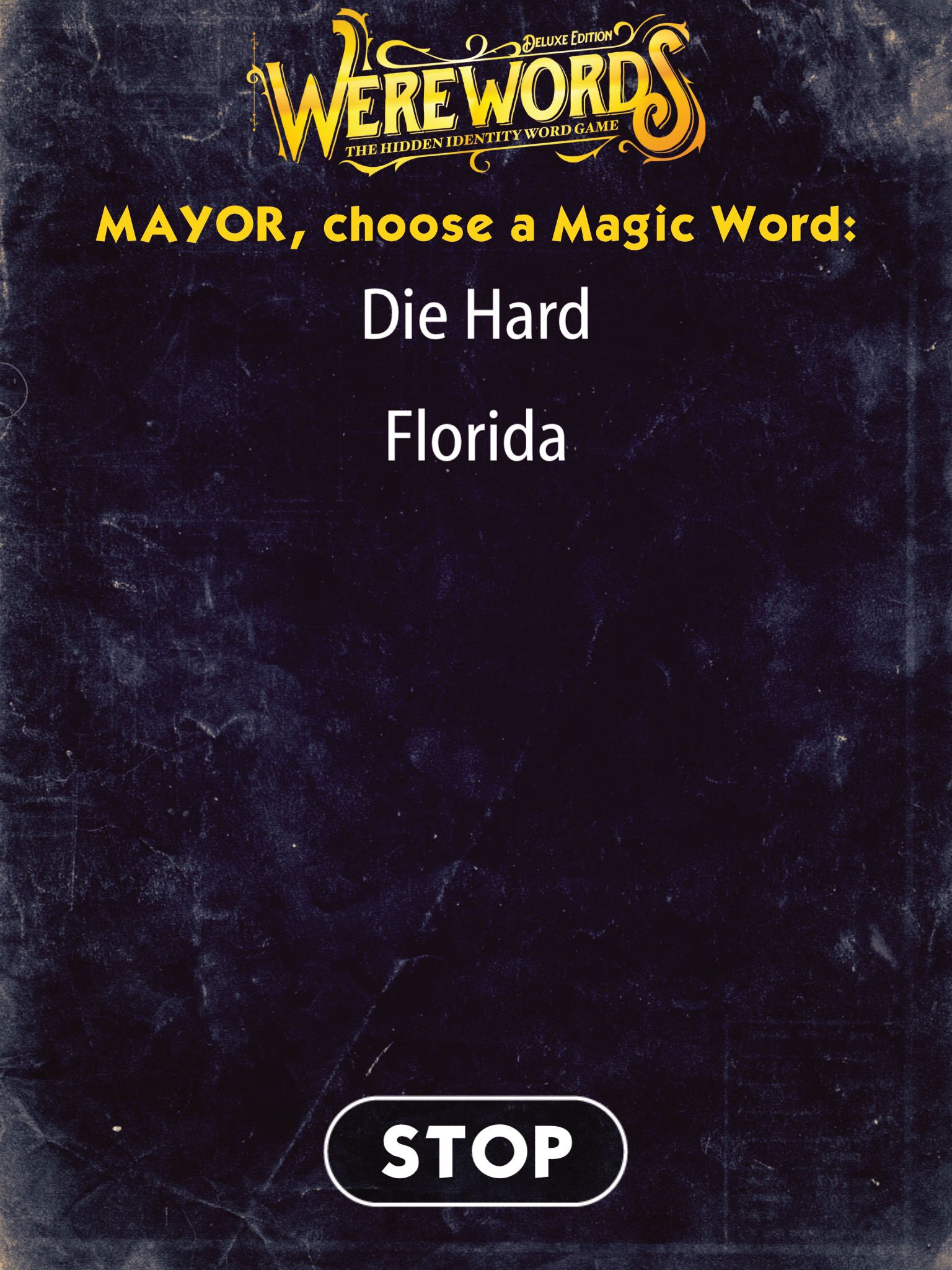 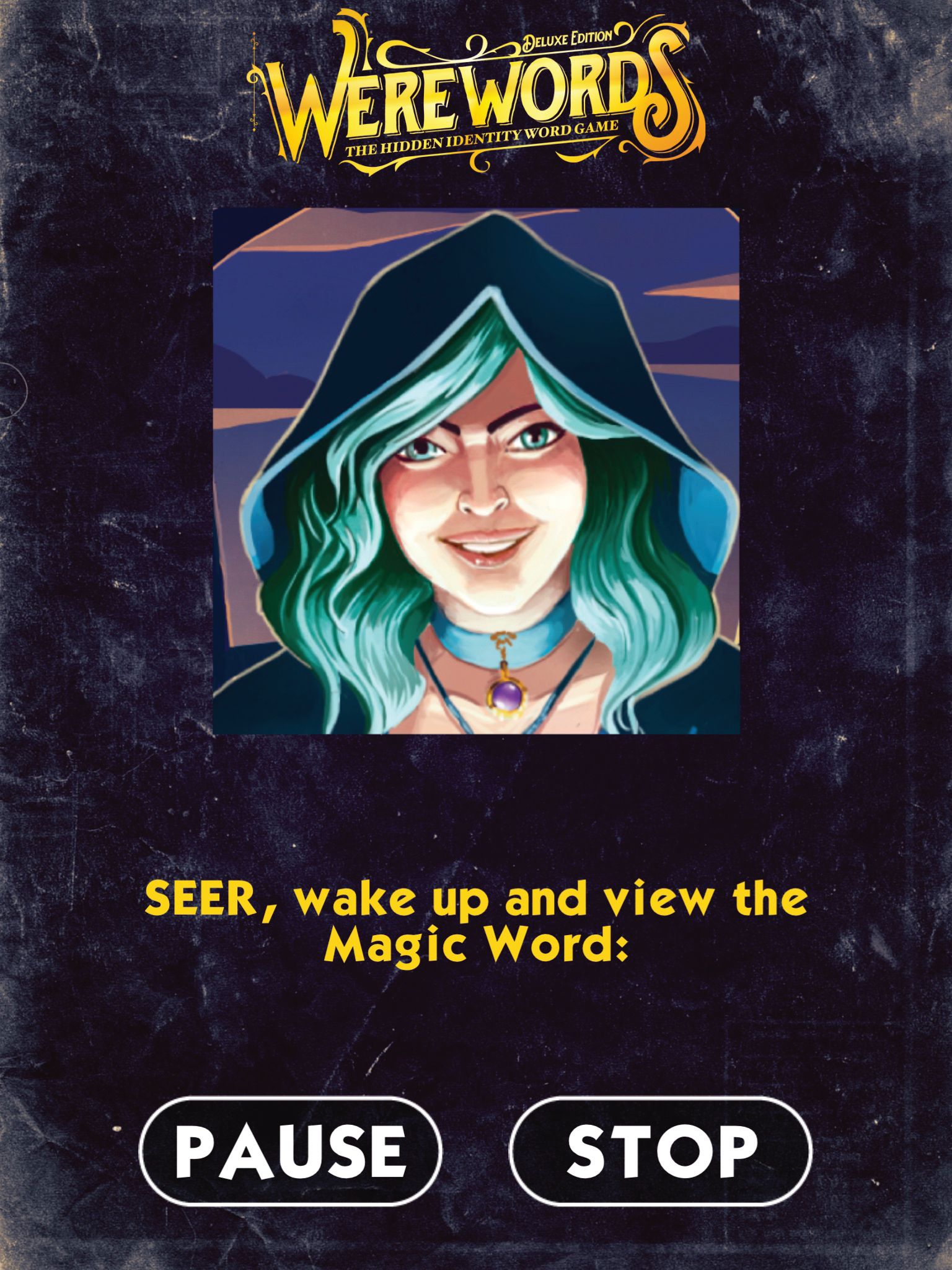 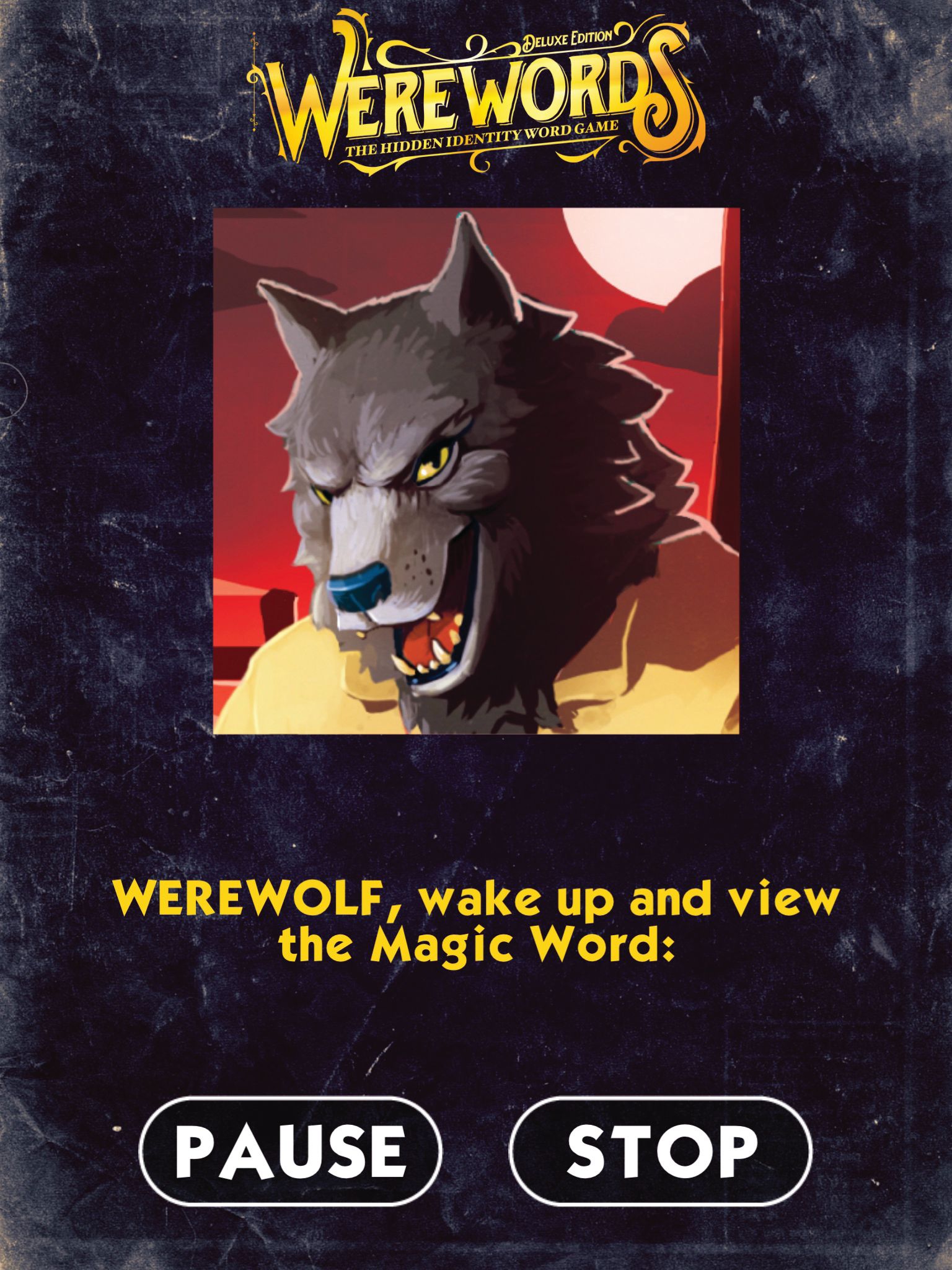 Role: Mayor
Role: Werewolf
Role: Seer
2. Day Phase
Gameplay Overview
What is DIZED Rules?
Dized Rules is a next generation rulebook for any tabletop game, including a search and a built-in FAQ. Dized also offers interactive play-along Tutorials which allow you to learn new games while you play!
Did you have an issue?
If you didn't find what you were looking for, or have general feedback about the service, please let us know. Together we can make Dized better!
Let us know
Copyright © 2018-2023 Dized
staging 45 2023-01-24T14:27:30.750Z