3a. Voting - If The Word Is Guessed 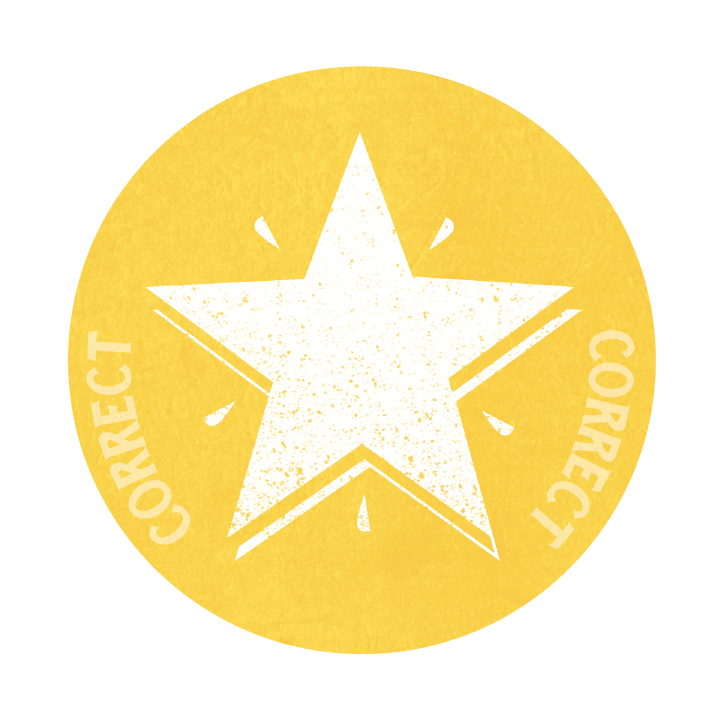 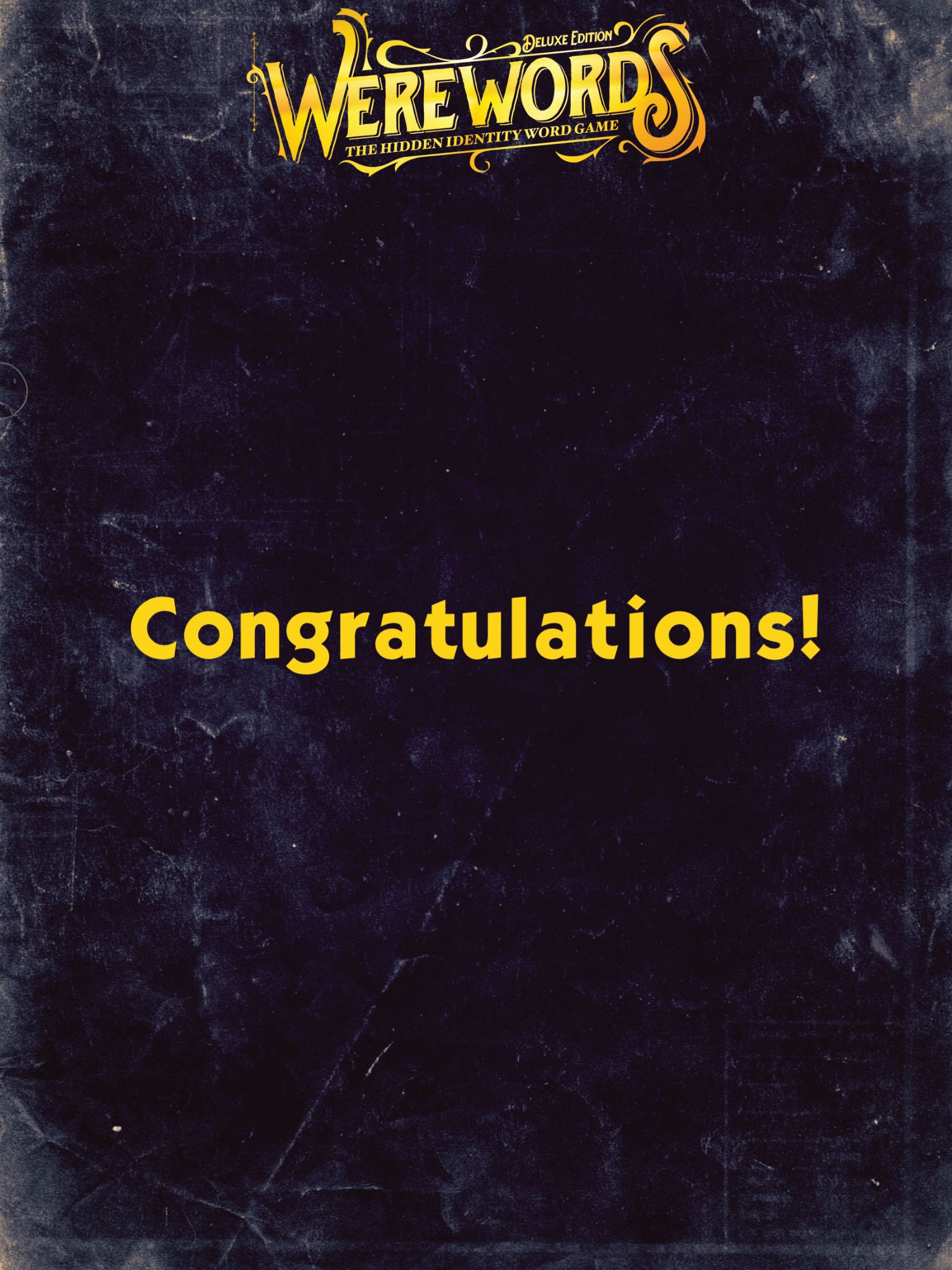 If the players guess correctly before time runs out, the Mayor taps the yellow Correct button on the app, and then hands the Correct (

) token to the player who guessed correctly.

After a correct guess, only the Werewolf reveals their role card. The Werewolf then has one last chance to win if they can guess who the Seer is.

During this time, all players, including the Mayor, may say anything they'd like to, including what their secret role. Players are allowed to lie about what their role really is. However, no one but the Werewolf may reveal their role card until after the vote.

The Werewolf has just 15 seconds to decide. Then they must point at a player, who turns over their role card.

Note: If multiple Werewolves are in play, they all reveal their role cards, and may all vote for a different player. 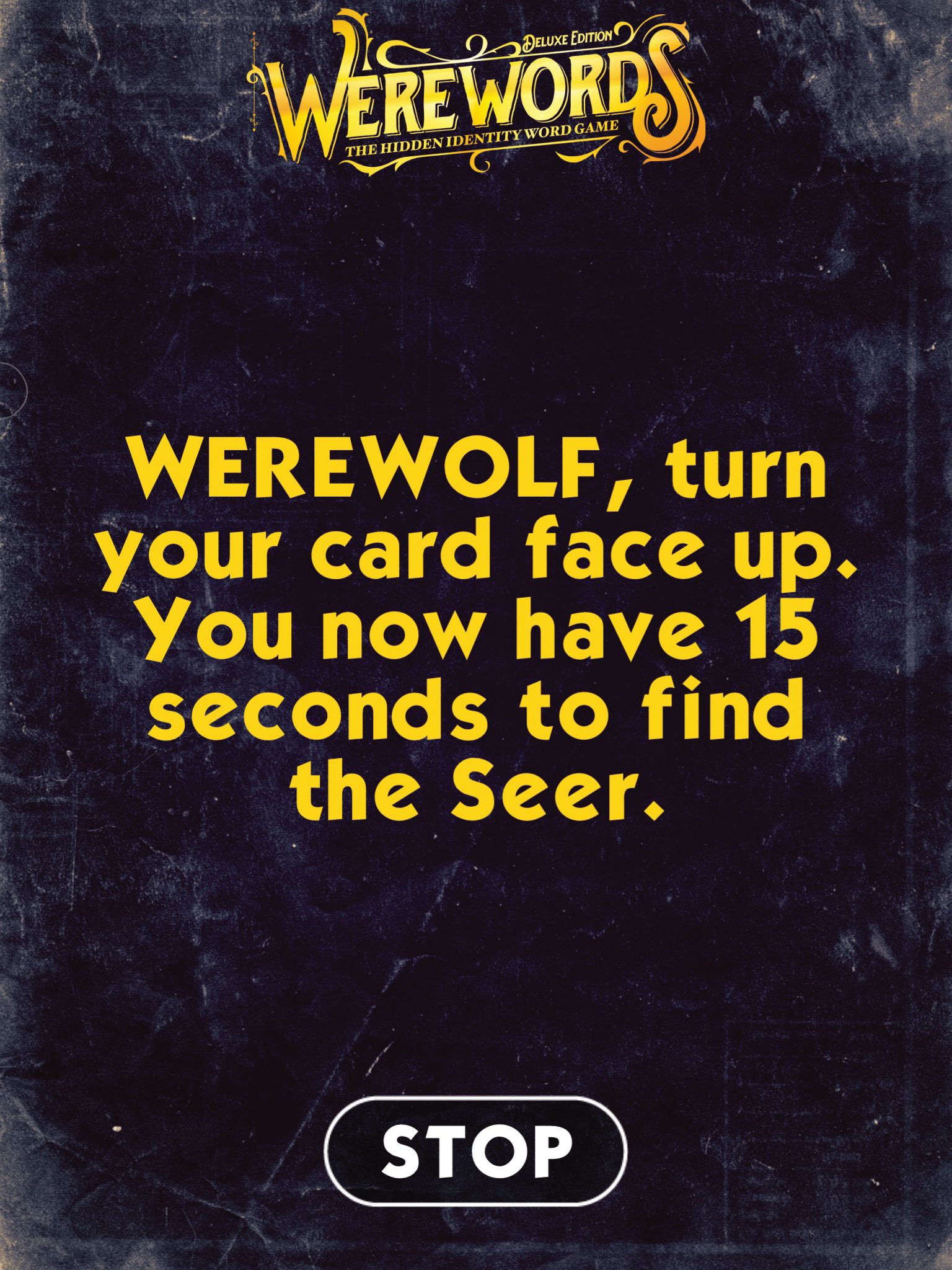 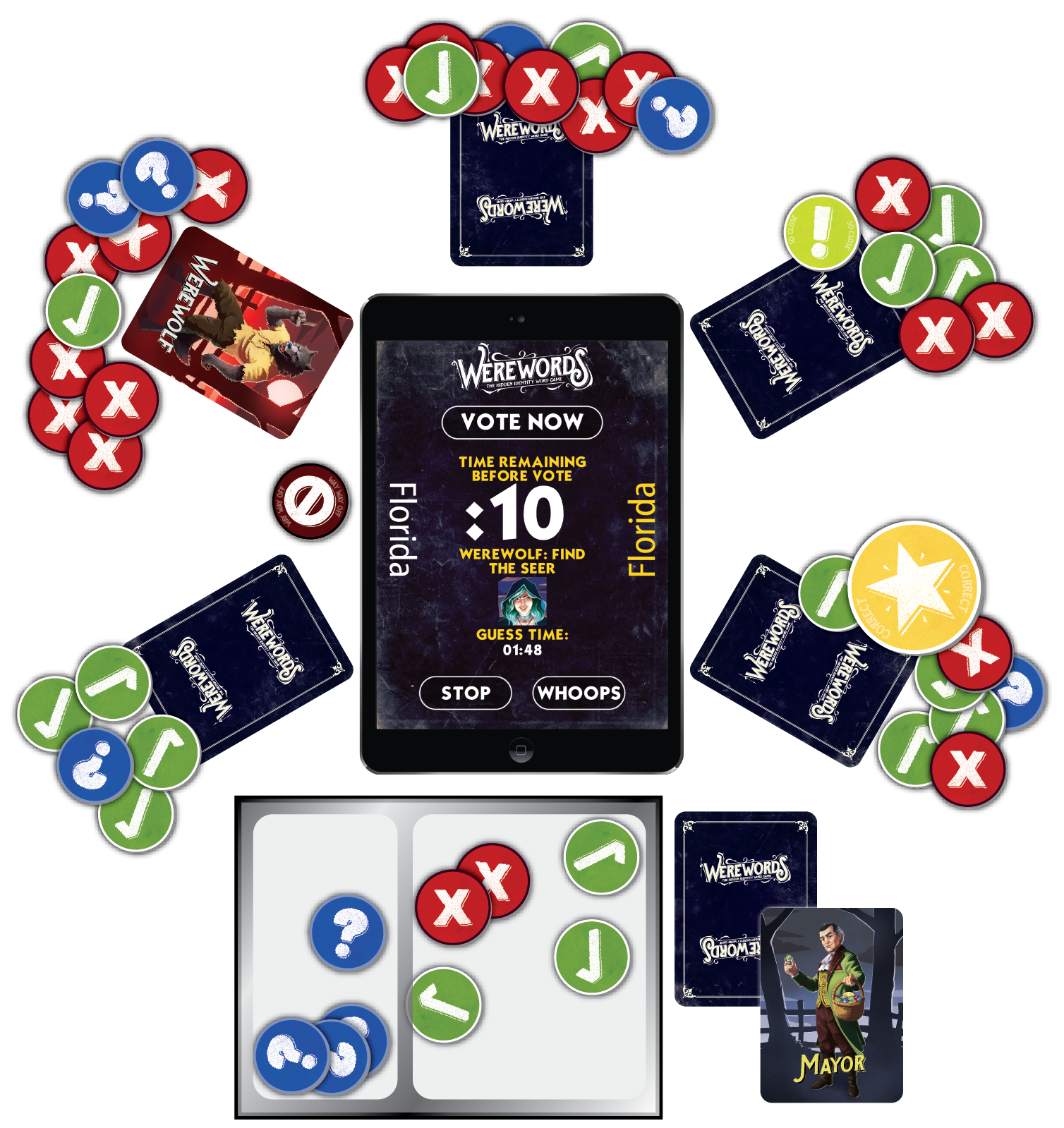 3b. Voting - If The Word Isn't Guessed
Role: Werewolf
Role: Seer
2. Day Phase
Gameplay Overview
2-Player Game Alternate Win Conditions
What is DIZED Rules?
Dized Rules is a next generation rulebook for any tabletop game, including a search and a built-in FAQ. Dized also offers interactive play-along Tutorials which allow you to learn new games while you play!
Did you have an issue?
If you didn't find what you were looking for, or have general feedback about the service, please let us know. Together we can make Dized better!
Let us know
Copyright © 2018-2023 Dized
staging 45 2023-01-24T14:27:30.495Z