Players can only buy the good(s) shown in the middle space of the city at their oxcart´s position. The current price depends on the currency rate of the city´s country.

Players have to pay in Kroner in cities in Denmark, and in Thalers in all German cities.

The player gives the appropriate amount to the bank. They then receive the good(s) shown and put them in their warehouse. 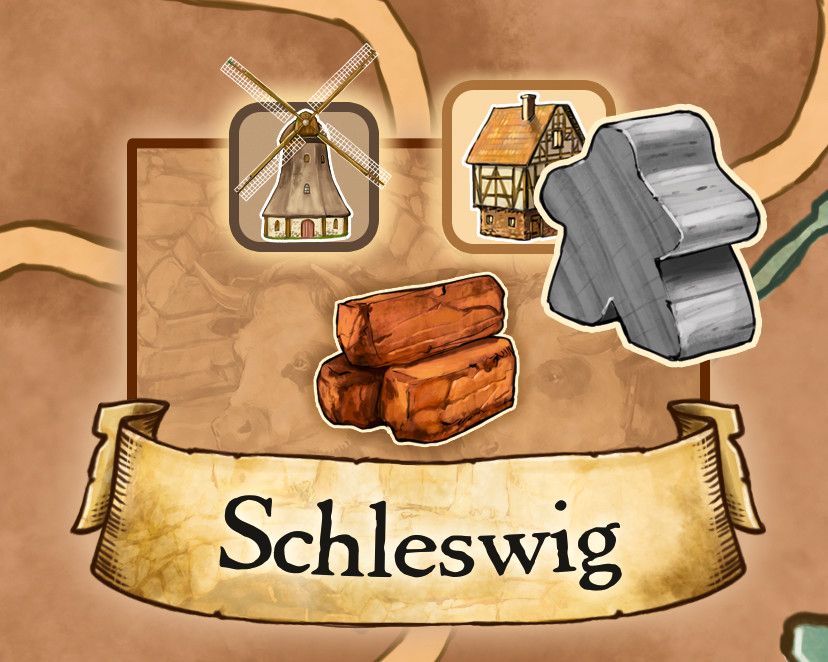 Only in these two cities can players pay with Kroner or Thalers, as these cities are positioned in the border region of the two countries.

In Kolding the price of a Bonus card depends on the current rate of the Krone, just as it does when buying goods in Denmark.

When buying a Bonus card players can choose between taking the top card of the Bonus card stack or one of the two open Bonus cards. 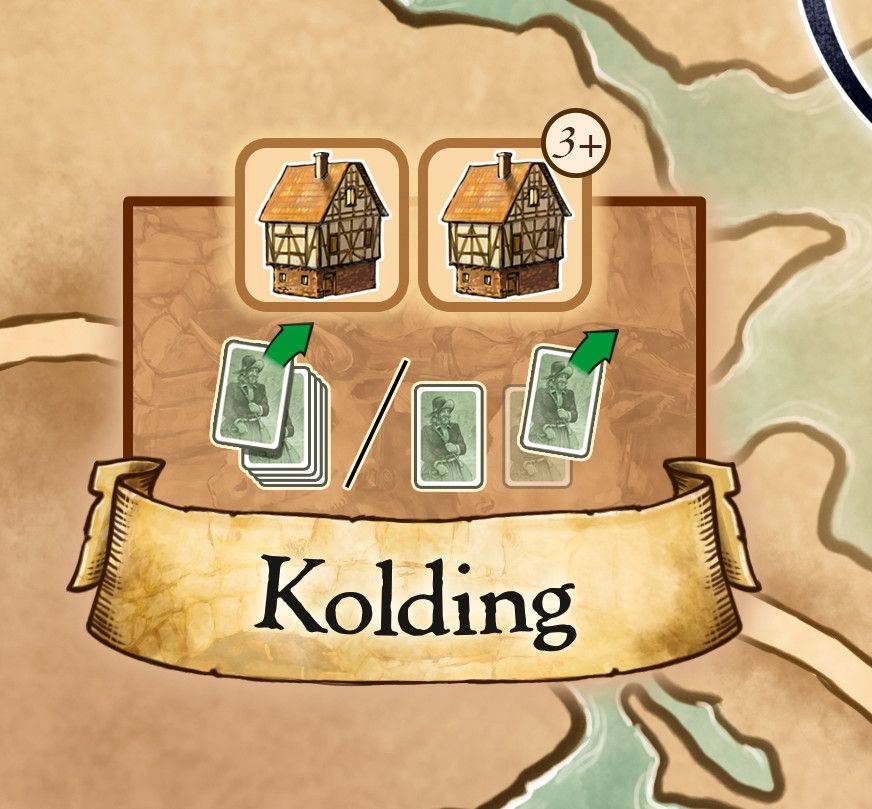 In Hamburg, Lübeck and København players can buy 2 (or 3) identical or different goods, as long as they pay for all of them.

Action B: Loading
What is DIZED Rules?
Dized Rules is a next generation rulebook for any tabletop game, including a search and a built-in FAQ. Dized also offers interactive play-along Tutorials which allow you to learn new games while you play!
Did you have an issue?
If you didn't find what you were looking for, or have general feedback about the service, please let us know. Together we can make Dized better!
Let us know
Copyright © 2018-2023 Dized
staging 45 2023-01-27T15:26:27.042Z