There are two types of location cards, battlegrounds and paths, used to represent the two concurrent narratives presented in The Lord of the Rings: the battlegrounds of Minas Tirith, Helm’s Deep, and elsewhere, where the great armies of Middle-earth clashed, and the perilous paths taken to complete the quest of the Fellowship.

Battlegrounds and paths are activated when they enter the game (unlike faction cards, which are played). 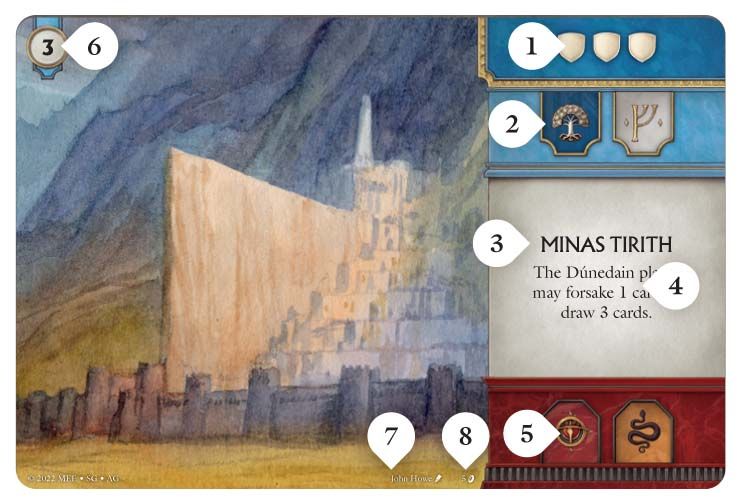 2. Defending faction icon(s): These factions may defend this battleground with icons.

4. Activation text: Resolve the effect of this text when the battleground is activated or reactivated.

5. Attacking faction icon(s): These factions may attack this battleground with icons.

6. Victory point value: The team winning combat on this battleground will score this number of victory points.

Unless specifically allowed by a card text, you may only play or move a character or army card to a battleground if its faction is indicated as either an attacker or defender. 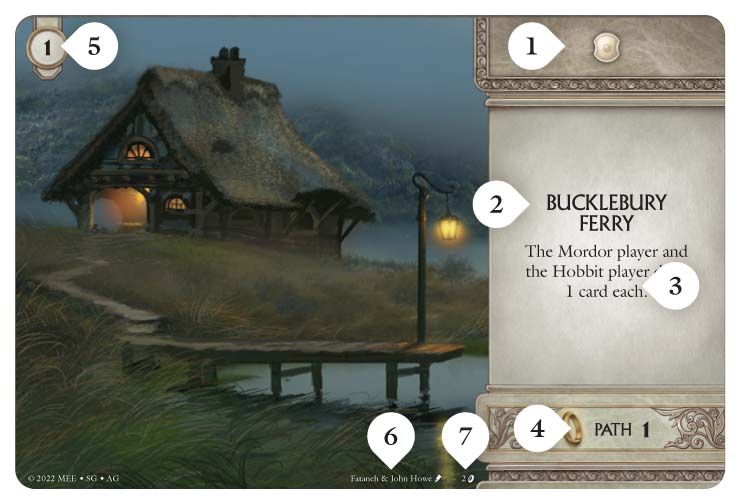 3. Activation text: Resolve the effect of this text when the path is activated.

4. Path number: This measures the quest’s progress, through paths numbered 1–9. It is also used to determine which characters can participate in a combat on this path.

Other faction cards refer to paths using their name, or by their path number.