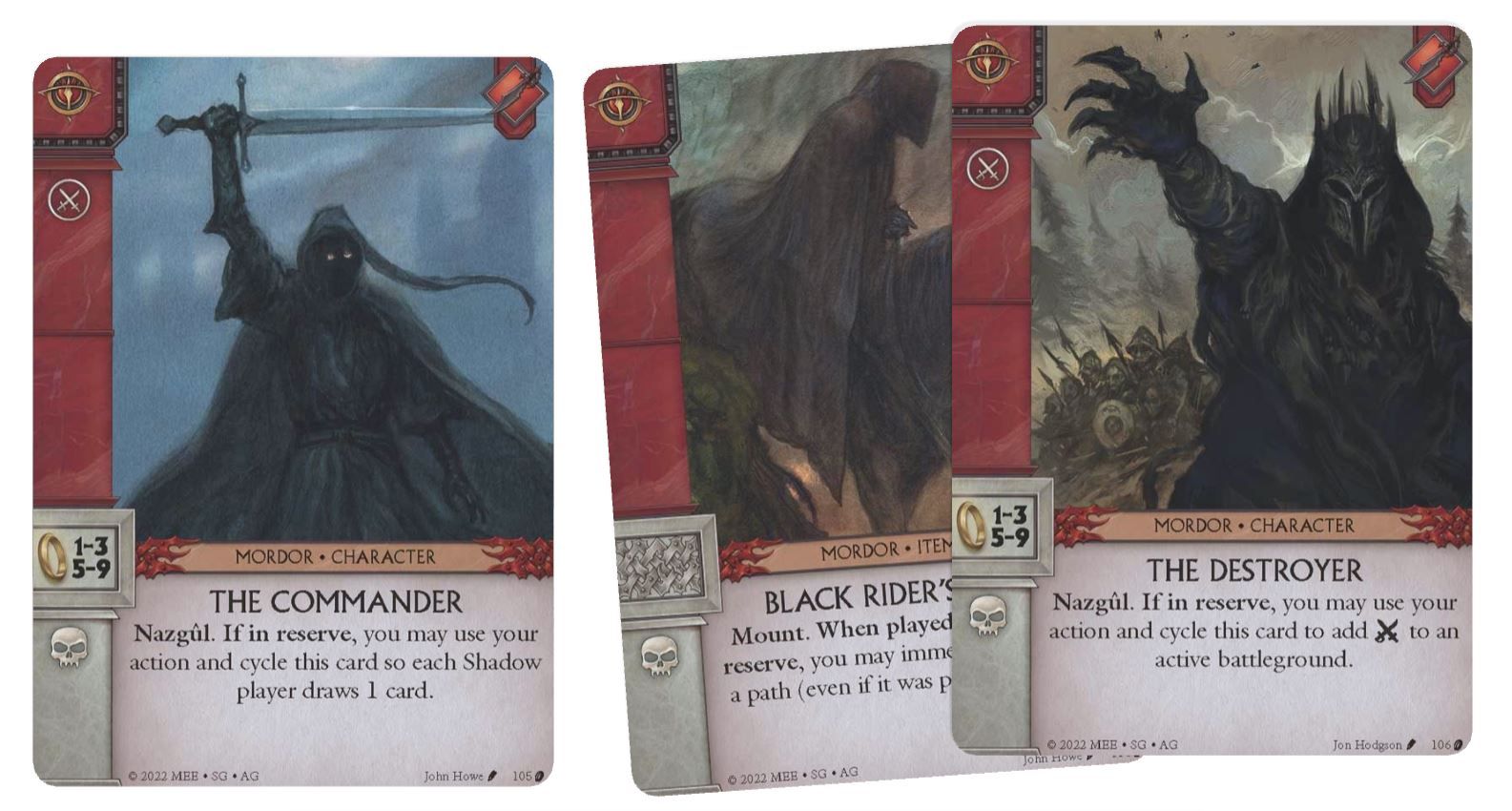 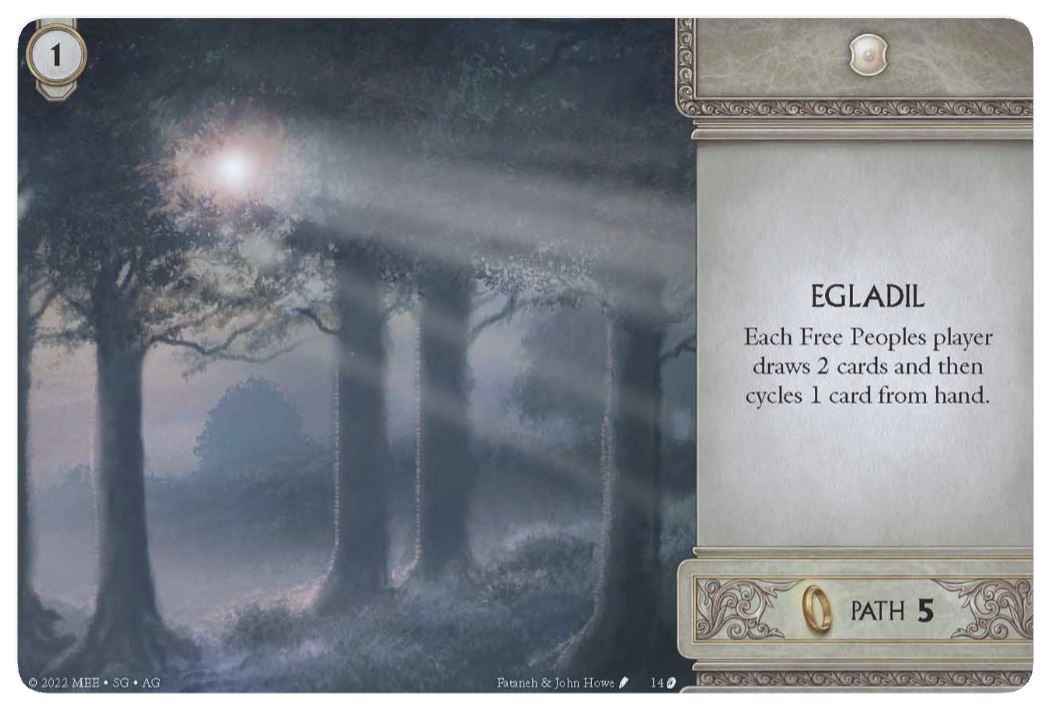 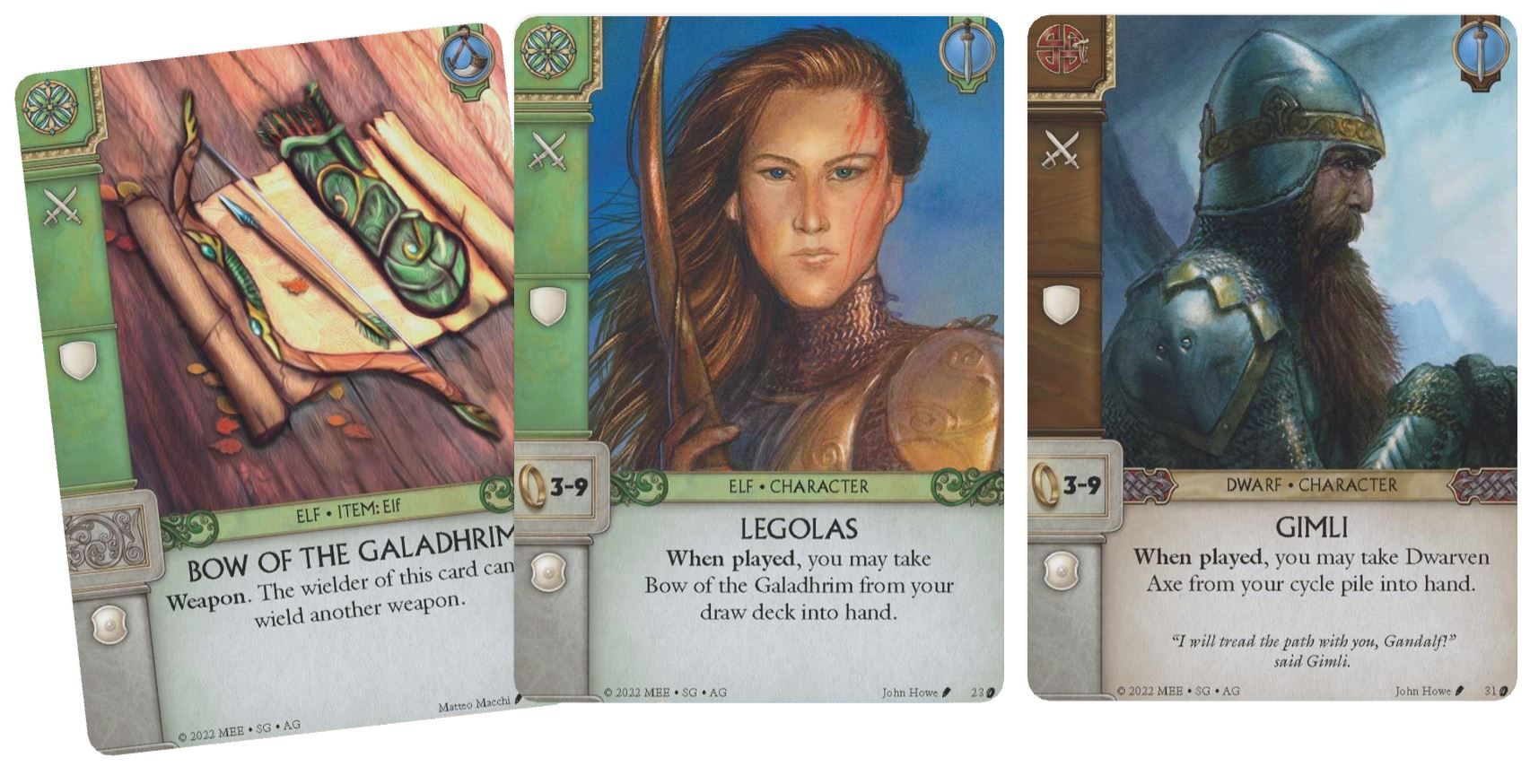 ) wielding Bow of the Galadhrim (

There are three attack (

icons is canceled by the path’s defense. Two more must be canceled. Eliminating Gimli would still leave one

icons. Gimli is cycled. All attackers are eliminated.

The Free Peoples win the combat and add Egladil to their scoring area.

If Legolas and Gimli were not on the path, two corruption tokens and Egladil (face down) would have been added to the Shadow scoring area.