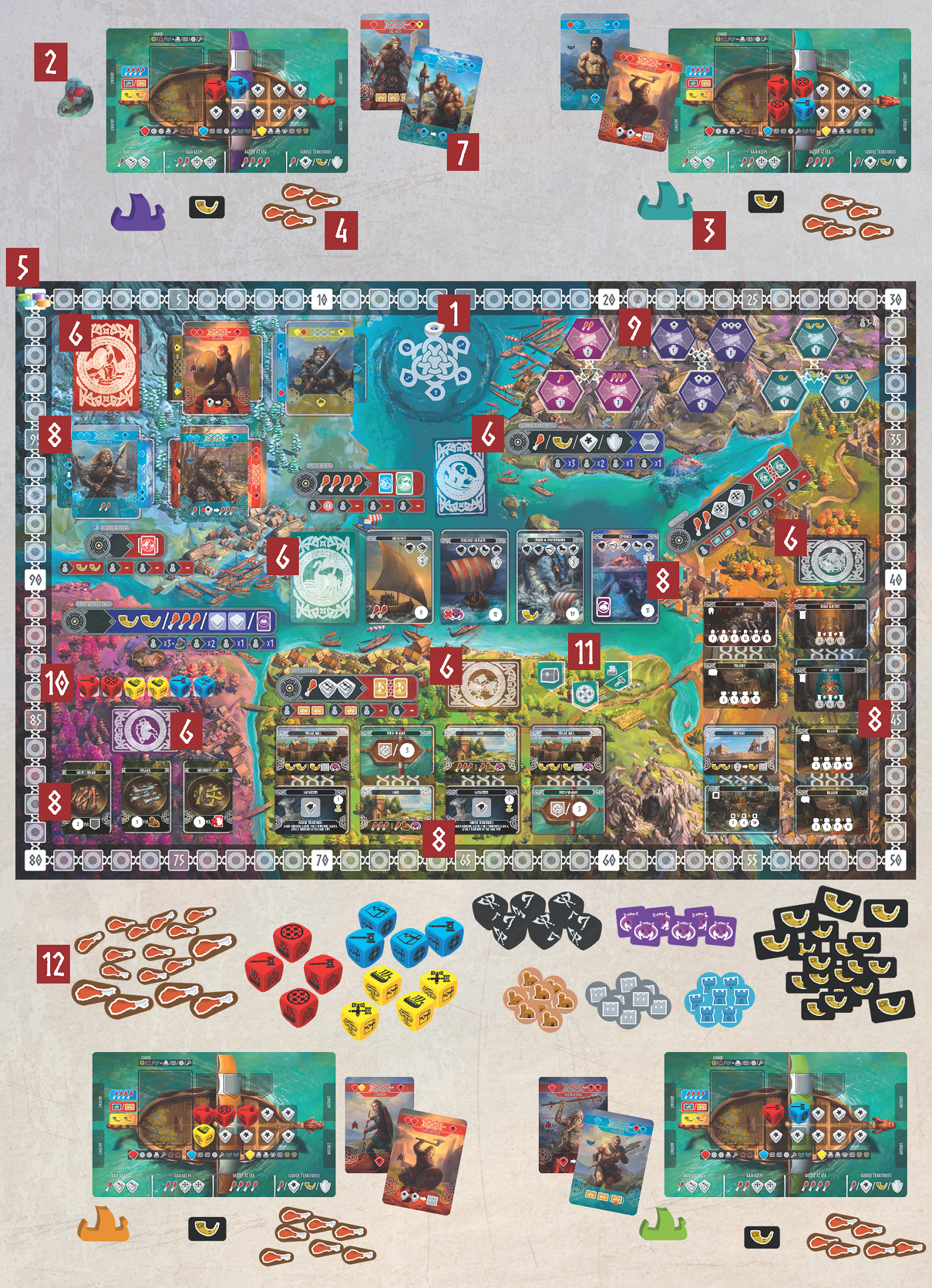 1. Set the Game Board in the middle of the playing area, and place the Round Tracker on the space labeled 1. (The displayed board is for 3-4 players. Use the reverse side for a 2-player game.)

2. Give the Start Player marker to whomever most recently won glory in battle. (Alternatively, select a start player at random.) In a three-player game, also give the first player the Honor Ship token. The Honor Ship token functions as an extra Longship pawn for the player controlling it. 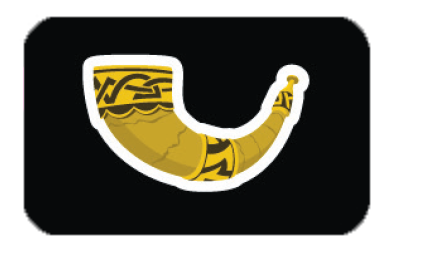 (In a two-player game, give each player 2 Longship pawns) 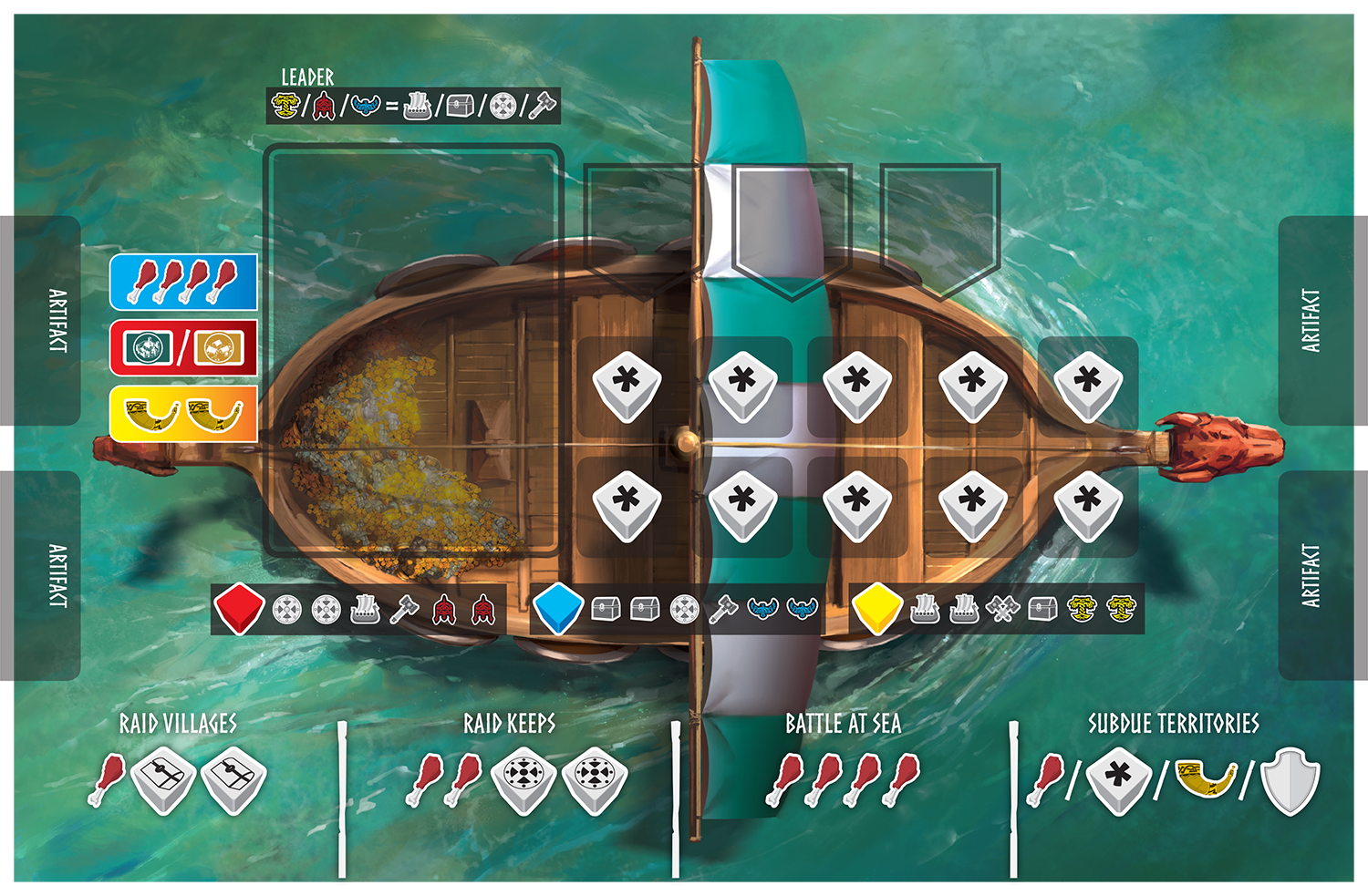 5. Each player places their score tracker at the 0 marker on the Glory track.

6. Separate the Sea Journey, Sea Battle, Village Spoils, Keep Spoils, Reaver, and Prophecy cards. Shuffle each deck separately then place them on their corresponding spaces on the Game Board.

8. At each Action Location, fill the spaces with cards according to the number of players (see the Additional Game Setup section for more details).

9. Sort the Territory tiles by type and shuffle them. Then, place them on their corresponding spaces.

10. Roll 2 of each color Crew dice, and place them in their corresponding spaces within the Trade with Villages Action Location.

11. Place the Ship Upgrade tokens at the Raid Villages Action Location on their corresponding spaces.

12. Place the Dice, Food, Favor, Terror, Wall, Farm, and Tower tokens in a supply accessible to all players.

Other Components
Tokens and Tiles
Cards
Dice
Additional Game Setup
Action Selection Overview
Important Terms
Recruit Reavers
Trade with Villages
Battle at Sea
Raid Villages
Raid Keeps
Subdue Territories
What is DIZED Rules?
Dized Rules is a next generation rulebook for any tabletop game, including a search and a built-in FAQ. Dized also offers interactive play-along Tutorials which allow you to learn new games while you play!
Did you have an issue?
If you didn't find what you were looking for, or have general feedback about the service, please let us know. Together we can make Dized better!
Let us know
Copyright © 2018-2023 Dized
staging 45 2023-01-24T12:40:11.761Z