Steve gets to attempt to recruit one of the Heroes in his sector (Hawkeye or Mantis) and/or damage a Villain (Outrider).

He rolls his Power Dice pool of four Battle (Red) dice, as indicated by his Team Base Card. 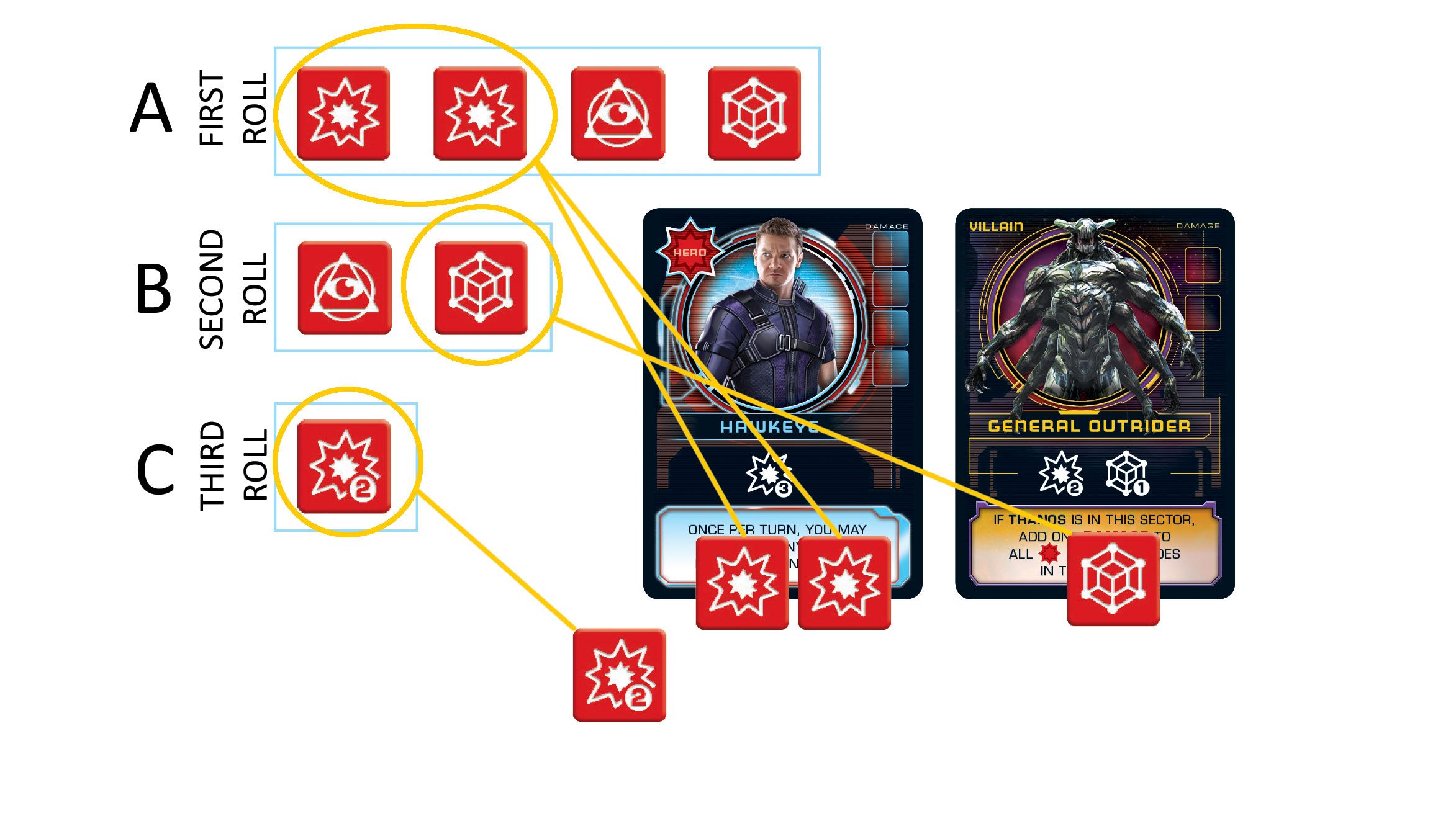 (A) His first roll is BATTLE, BATTLE, MYSTIC, TECH. He now assigns one or more dice to ONE card in his sector, and decides to assign the two BATTLE dice results to Hawkeye, hoping to roll one more BATTLE symbol to successfully recruit him. He could have assigned them to the Outrider instead to attempt to attack it, but wants to try to add to his team on this turn.

(B) After assigning the two dice, he re-rolls the remaining two, getting a MYSTIC and a TECH. He didn’t get the last BATTLE needed, so he assigns the TECH to the Outrider, instead of just forfeiting a die.

(C) He then re-rolls the last unassigned die and gets a 2 BATTLE result. He could assign it to the Outrider to attack it, but instead assigns it to Hawkeye, successfully recruiting him and adding him to his team by collecting the card (and removing any Damage Counters on it).

3) Roll Power Dice
4) Recruit Heroes and damage to Villains
What is DIZED Rules?
Dized Rules is a next generation rulebook for any tabletop game, including a search and a built-in FAQ. Dized also offers interactive play-along Tutorials which allow you to learn new games while you play!
Did you have an issue?
If you didn't find what you were looking for, or have general feedback about the service, please let us know. Together we can make Dized better!
Let us know
Copyright © 2018-2023 Dized
staging 45 2023-01-27T12:16:32.526Z