All Hero Asset Cards have the following details:

(A) Hero type – this icon indicates the Hero’s affiliation – and is important to note for resolving some Hero abilities and Villain attacks.

(B) Damage capacity – this indicates how many Damage Counters a Hero can have before being defeated. In this example, Rocket can take four damage before he is defeated.

(C) Recruit symbols – this is the required combination of symbols that have to be rolled and assigned to the Asset Card to recruit the Hero and add it to a player’s team.

(D) Hero Ability – this is the special power that the player can use when the Hero is part of their team, and only on that player’s turns. Some abilities are dependent on the Hero type of other Heroes on a player’s team. Others allow a player to change the face of a die or re-roll dice before assigning dice (as seen in the Rocket card). 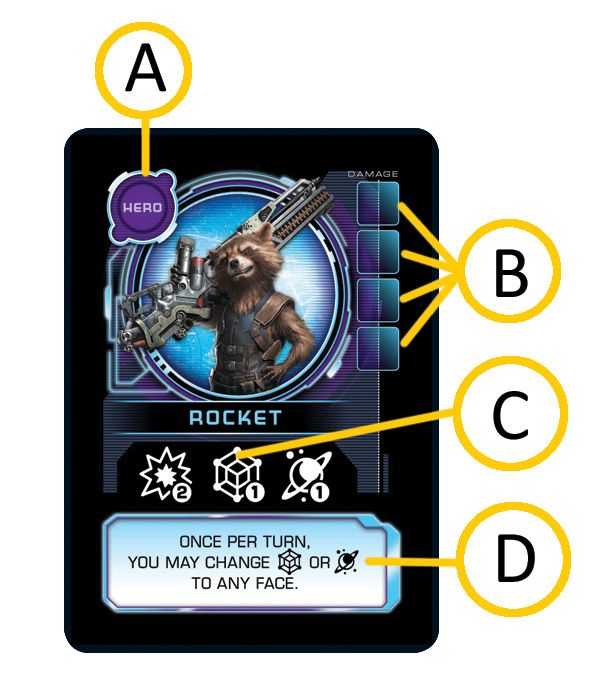 Finally, some abilities require a player to assign Power Dice to the Hero to activate their ability (matching the symbol shown with the ability).

If Mantis is on your Team, you would have the opportunity to assign a MYSTIC symbol to her and activate her ability. This ability may be applied to ANY Hero, removing two Damage Counters. 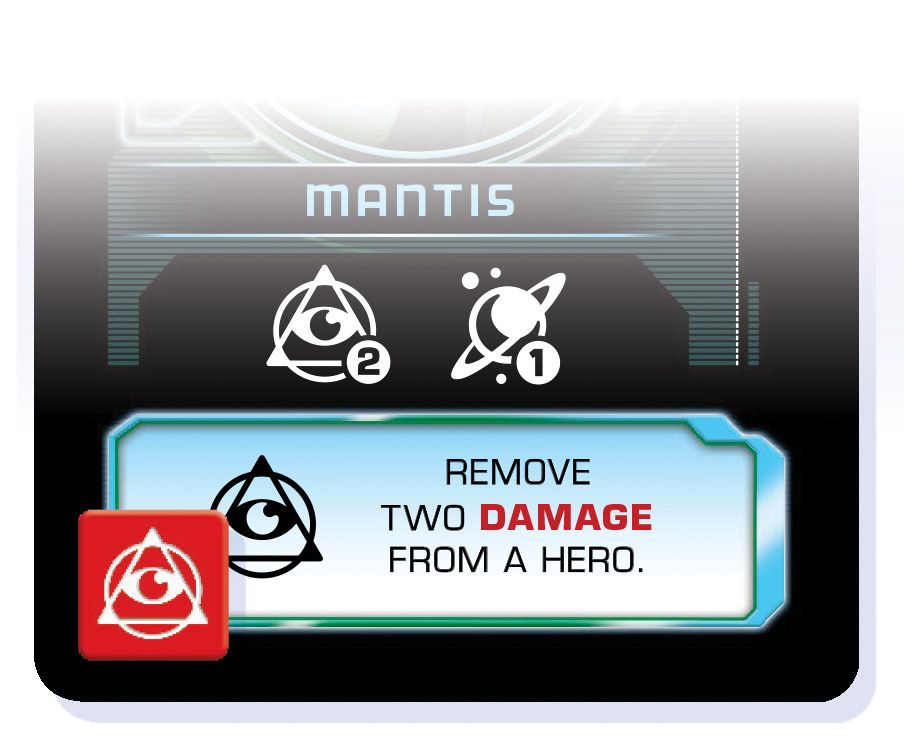 Heroes
4) Recruit Heroes and damage to Villains
What is DIZED Rules?
Dized Rules is a next generation rulebook for any tabletop game, including a search and a built-in FAQ. Dized also offers interactive play-along Tutorials which allow you to learn new games while you play!
Did you have an issue?
If you didn't find what you were looking for, or have general feedback about the service, please let us know. Together we can make Dized better!
Let us know
Copyright © 2018-2023 Dized
staging 45 2023-01-24T15:09:51.051Z