Use the action on a blue card 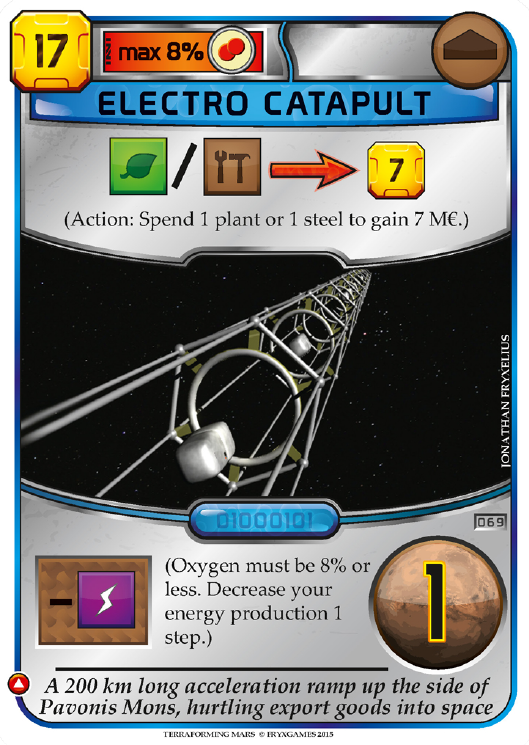 Many blue cards and corporations have actions, as indicated by a red arrow. Each such action card may be used once each generation. When you use an action on a blue card, you must first pay any cost stated to the left of the arrow. You then receive whatever the arrow points to, and place a player marker on the card to indicate that it has been used this generation. The player markers will be removed during the Production phase.

Blue cards may also have effects that are always active: These effects are not actions (no red arrow), so you can always use them.

Convert plants into greenery
What is DIZED Rules?
Dized Rules is a next generation rulebook for any tabletop game, including a search and a built-in FAQ. Dized also offers interactive play-along Tutorials which allow you to learn new games while you play!
Did you have an issue?
If you didn't find what you were looking for, or have general feedback about the service, please let us know. Together we can make Dized better!
Let us know
Copyright © 2018-2022 Dized
main 29 2022-05-20T16:00:20.378Z