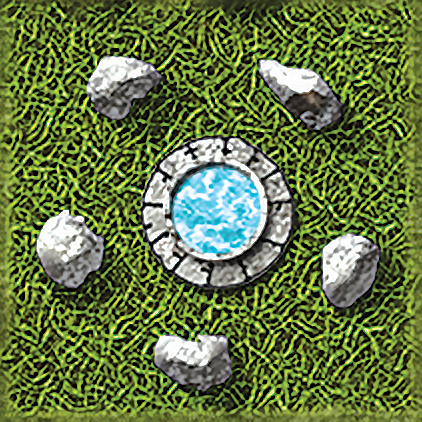 Token on a space with ruins: 1 VP (Victory Point)

4: Count the amount of different Map Tiles on which the player has at least one discovered temple. Players get points based on the chart below: 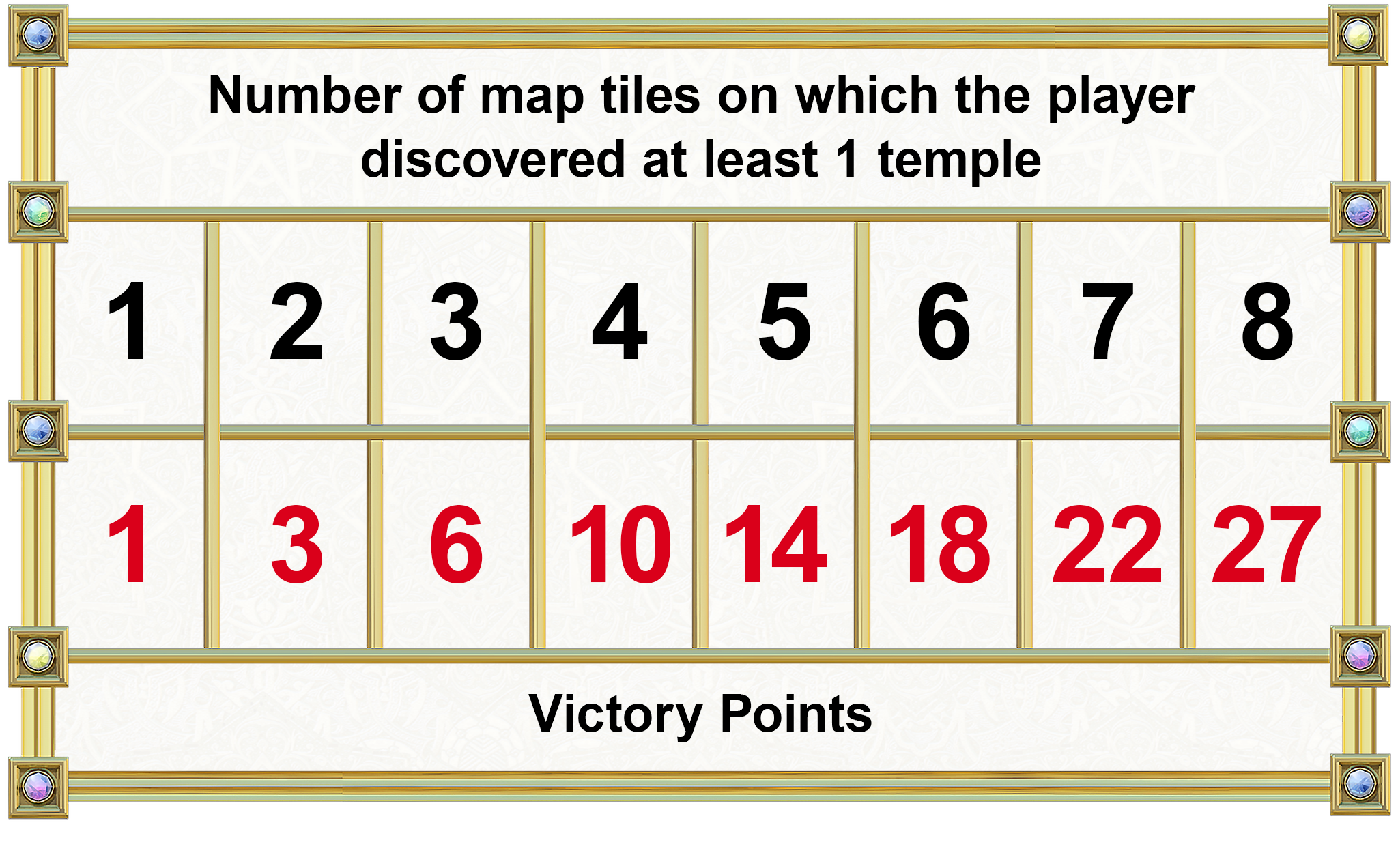 Players get points for having sacrificed more Tokens than others, according to the table below. A player scores zero (0) VP in this category if they did not sacrifice any Tokens. In case of a tie, players receive full points for their position. 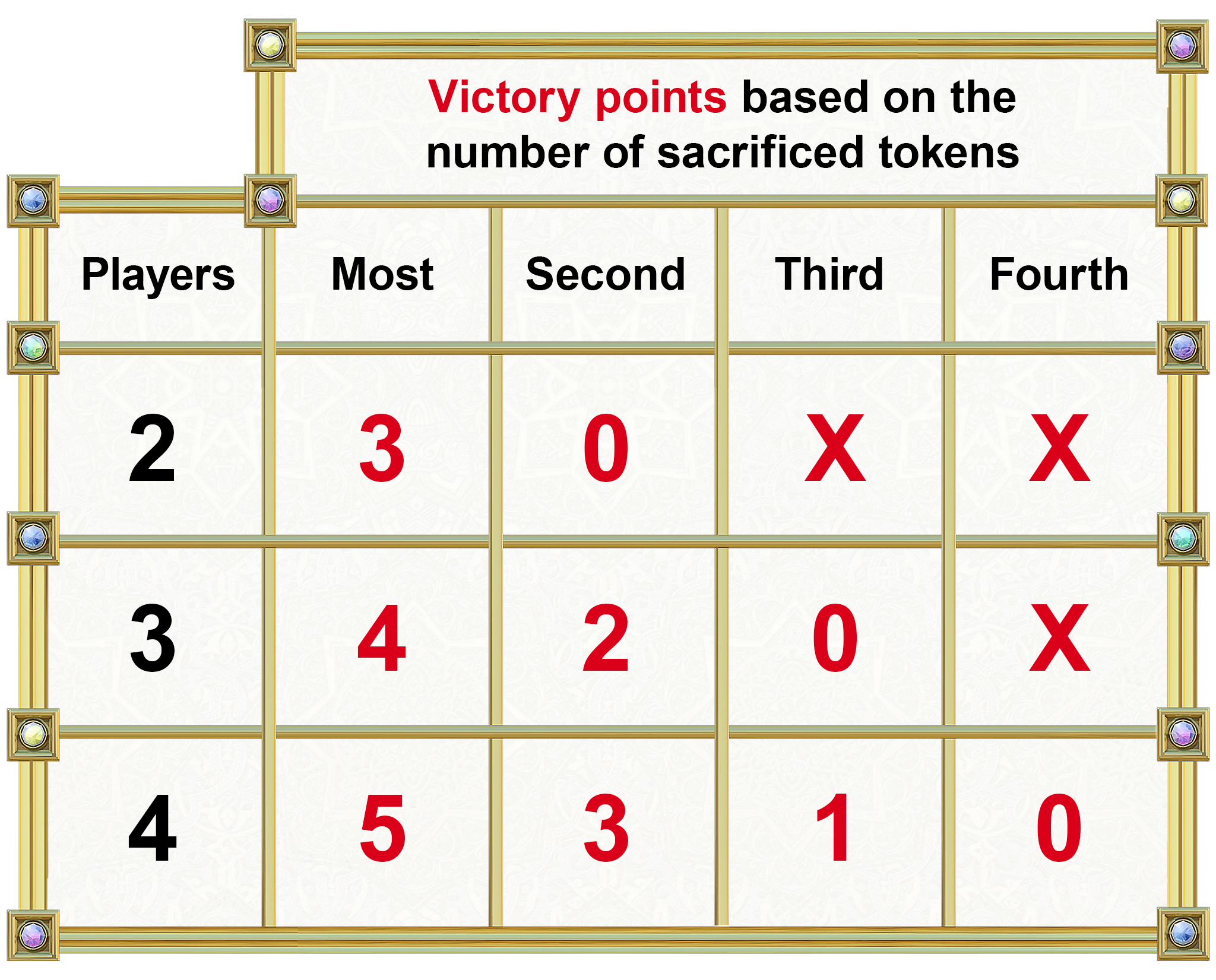 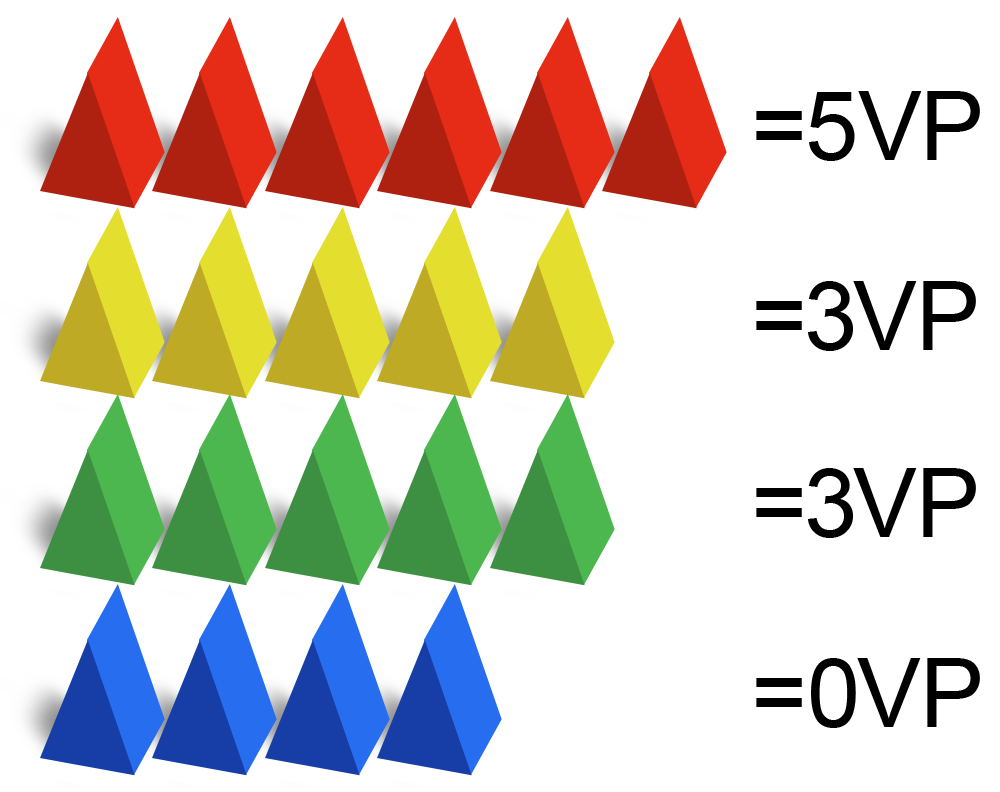 EXAMPLE: Victory points based on sacrificed Tokens in a (tied) four player game (see image above).

Tie breaker: In case of a tie, the player with more sacrificed Tokens wins the tie.

End of the Game
Credits
What is DIZED Rules?
Dized Rules is a next generation rulebook for any tabletop game, including a search and a built-in FAQ. Dized also offers interactive play-along Tutorials which allow you to learn new games while you play!
Did you have an issue?
If you didn't find what you were looking for, or have general feedback about the service, please let us know. Together we can make Dized better!
Let us know
Copyright © 2018-2022 Dized
main 32 2022-11-23T14:30:08.654Z