During this phase, each player collects resources equal to the production on their green cards, corporation card, and place on the TR track. Bonus: If you chose this phase, gain 4 MC. 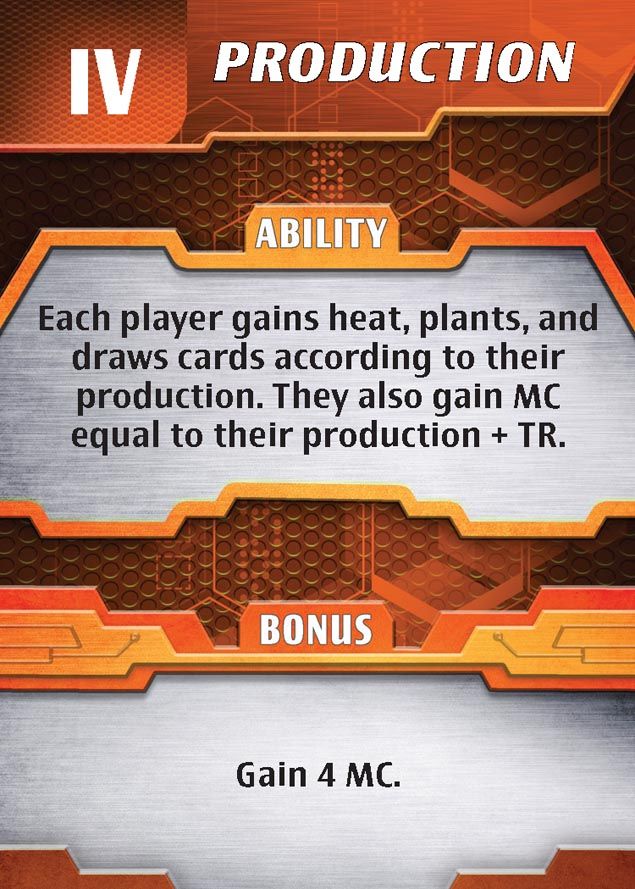 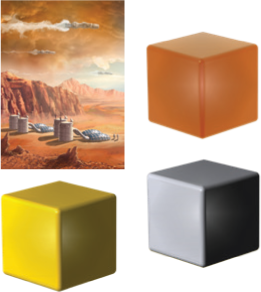 Gain MC equal to your MC production + your TR. Gain heat and plants equal to your production for those resources. Place copper (1), silver (5), and gold (10) cubes to track these resources in the appropriate resource section of your player board. For each card production, you draw a card during this phase.

5. 4 MC as a bonus for choosing the production phase. 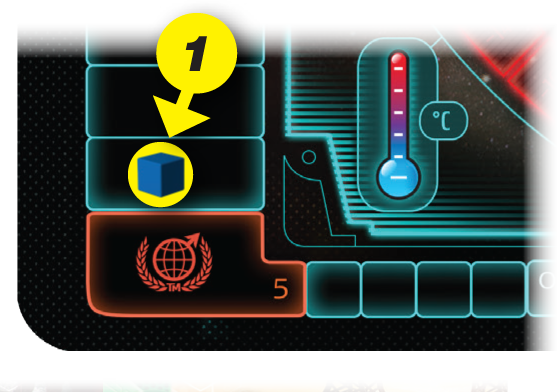 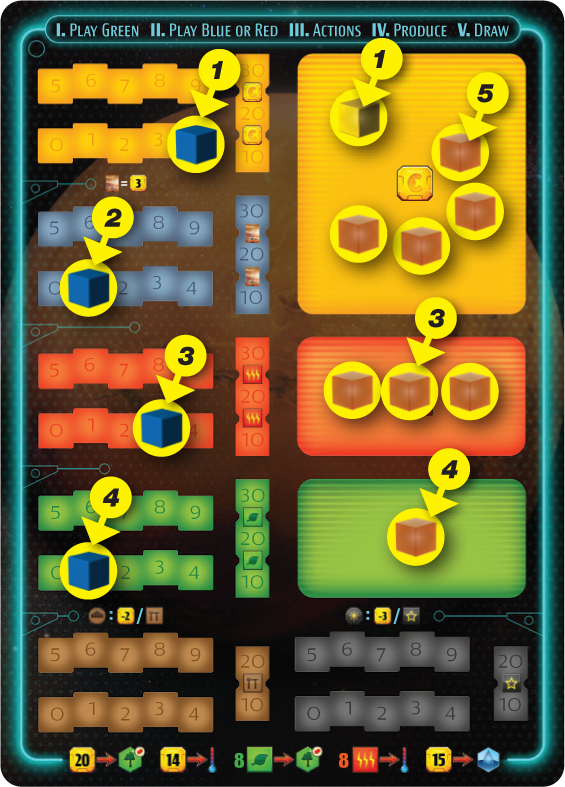 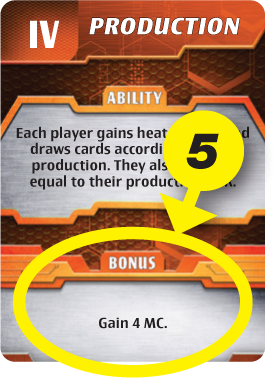 Player Board
Resources
What is DIZED Rules?
Dized Rules is a next generation rulebook for any tabletop game, including a search and a built-in FAQ. Dized also offers interactive play-along Tutorials which allow you to learn new games while you play!
Did you have an issue?
If you didn't find what you were looking for, or have general feedback about the service, please let us know. Together we can make Dized better!
Let us know
Copyright © 2018-2022 Dized
main 33 2022-12-02T22:32:10.078Z