The opposition will take five turns every round, although you (the player) will only take four. Therefore, this means that the opposition always takes the first and last turn of each round.

2. Then place an opposing unit token with strength matching the recruit value of the revealed command card in the region indicated by the card.

The opposition never moves or refreshes any of its units; it simply adds new units to the game board.

If the opposition advances the day marker on the calendar to the 15 or 31 space, the opposition takes the Bonus Recruit action, adding a n unit token (if possible) to the region of unrest.

If the opposition advances the day marker on the calendar past the 31 space, it takes control of the will of the people (if it doesn’t have control already).

As the opposition plays cards, place them in a face-up line, ordered from left to right. The order of the played cards can become important during the Scoring Phase.

You take your turn as you would in a two-player game, with the following exceptions:

There is a new bonus action available to you:

Organize — You may choose to reveal your own secret objective when you take a bonus action (instead of taking one of the four regular bonus actions). 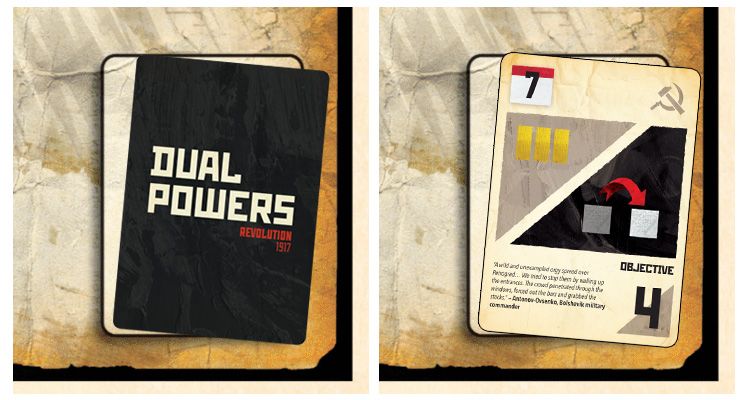