Command Cards are played to recruit a unit or to take one of three actions. Depending on the icon, these actions are move a unit, double move a unit or refresh a unit. 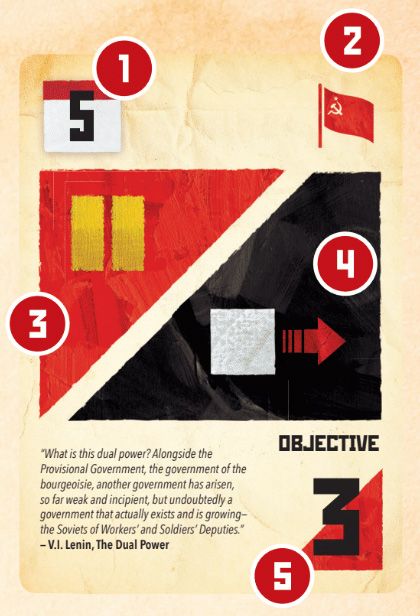 The card’s day number indicates how many days to advance the calendar when the card is played.

The card’s recruit value indicates the strength value of units that may be recruited when the card is played — n, nn or nnn.

The card’s action icon represents one of three possible actions that the player may take when this card is played and the recruit action is not chosen: Move, Double Move, or Refresh.

The card’s victory point value is the number of points a player gains for having control of the indicated region at the end of the round. This matters only when the card is selected as a secret objective.

Recruit
Move and Double Move
Refresh
What is DIZED Rules?
Dized Rules is a next generation rulebook for any tabletop game, including a search and a built-in FAQ. Dized also offers interactive play-along Tutorials which allow you to learn new games while you play!
Did you have an issue?
If you didn't find what you were looking for, or have general feedback about the service, please let us know. Together we can make Dized better!
Let us know
Copyright © 2018-2022 Dized
main 29 2022-05-29T12:13:18.654Z