Second Phase, Back a Princess

If you have not yet backed a princess, you can use Coins gained during your Main Phase to pay the cost of a Princess Card (6 Coins) to back a princess. Take a Princess Card of your choice from the middle of the table and put it in your own play area. The area where this Princess Card and other cards next to it go is called your Domain. Then take 3 Territory Cards from those you played this turn with the highest costs and move them to your Domain. You do not move any other cards this way. 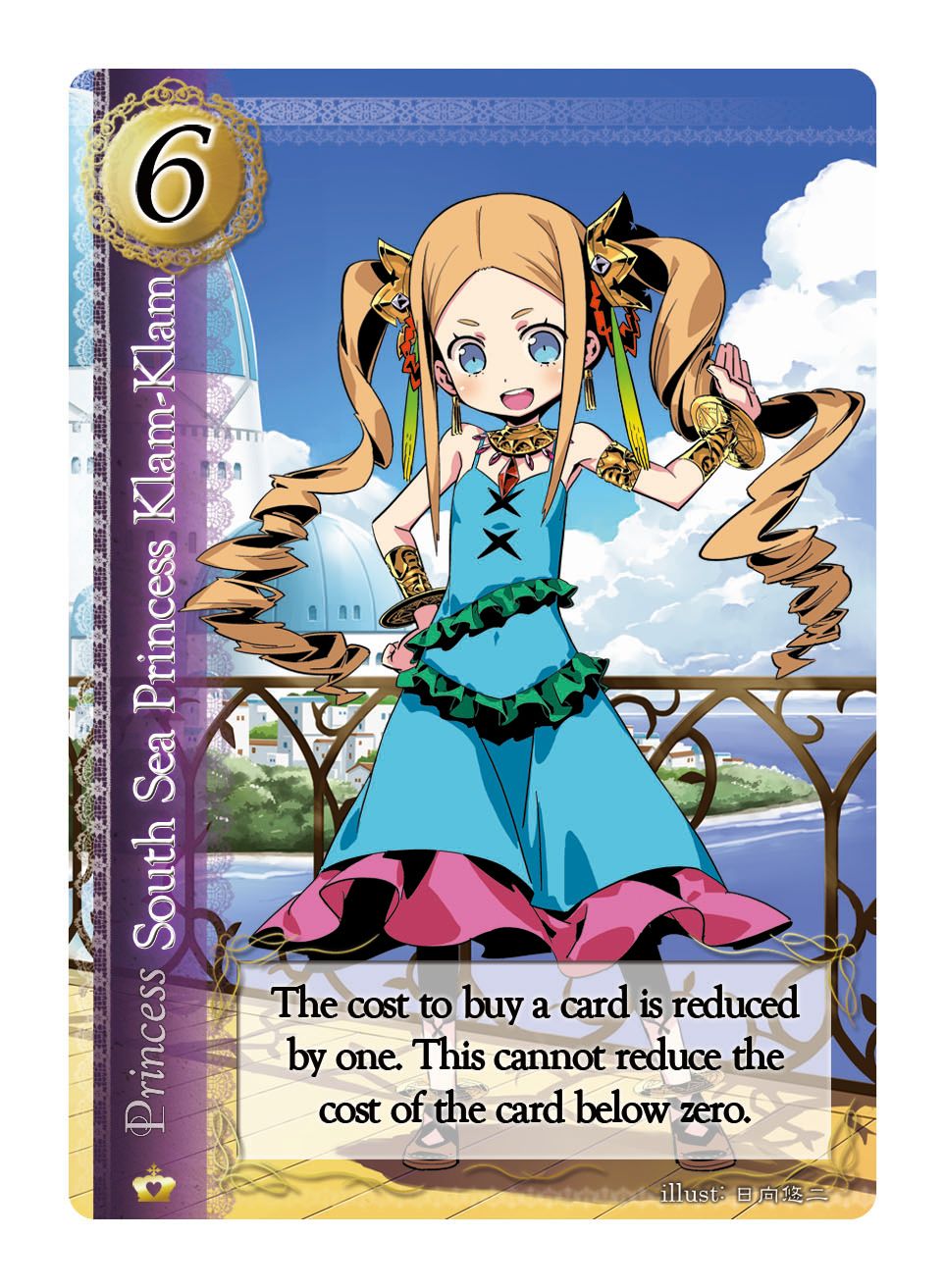 Example: During your Main Phase you play a Large City, a City, and 2 Farming Villages, gaining a total of 7 Coins. Rather than buying cards, you back South Sea Princess Klam-Klam. Establish your Domain in your play area, and then take South Sea Princess Klam-Klam card and put it there. Then the take 3 Territory Cards that you played during your Main Phase with the highest costs (a Large City, a City, and a Farming Village) and move them to your Domain. Since you only moved 3 cards this way, you have 1 Farming Village that you don’t move.

Card Types: Princess Cards
Princess Card Abilities
Game Overview: Back Your Princess
Anatomy of the Princess Cards
What is DIZED Rules?
Dized Rules is a next generation rulebook for any tabletop game, including a search and a built-in FAQ. Dized also offers interactive play-along Tutorials which allow you to learn new games while you play!
Did you have an issue?
If you didn't find what you were looking for, or have general feedback about the service, please let us know. Together we can make Dized better!
Let us know
Copyright © 2018-2022 Dized
main 29 2022-05-20T07:32:47.720Z