The diagram below shows the table setup for a 4-player Trilogy scenario game, with the players arranged around the table so the order of play proceeds clockwise. Of course, you may prefer having the two teams facing each other, or some other arrangement. 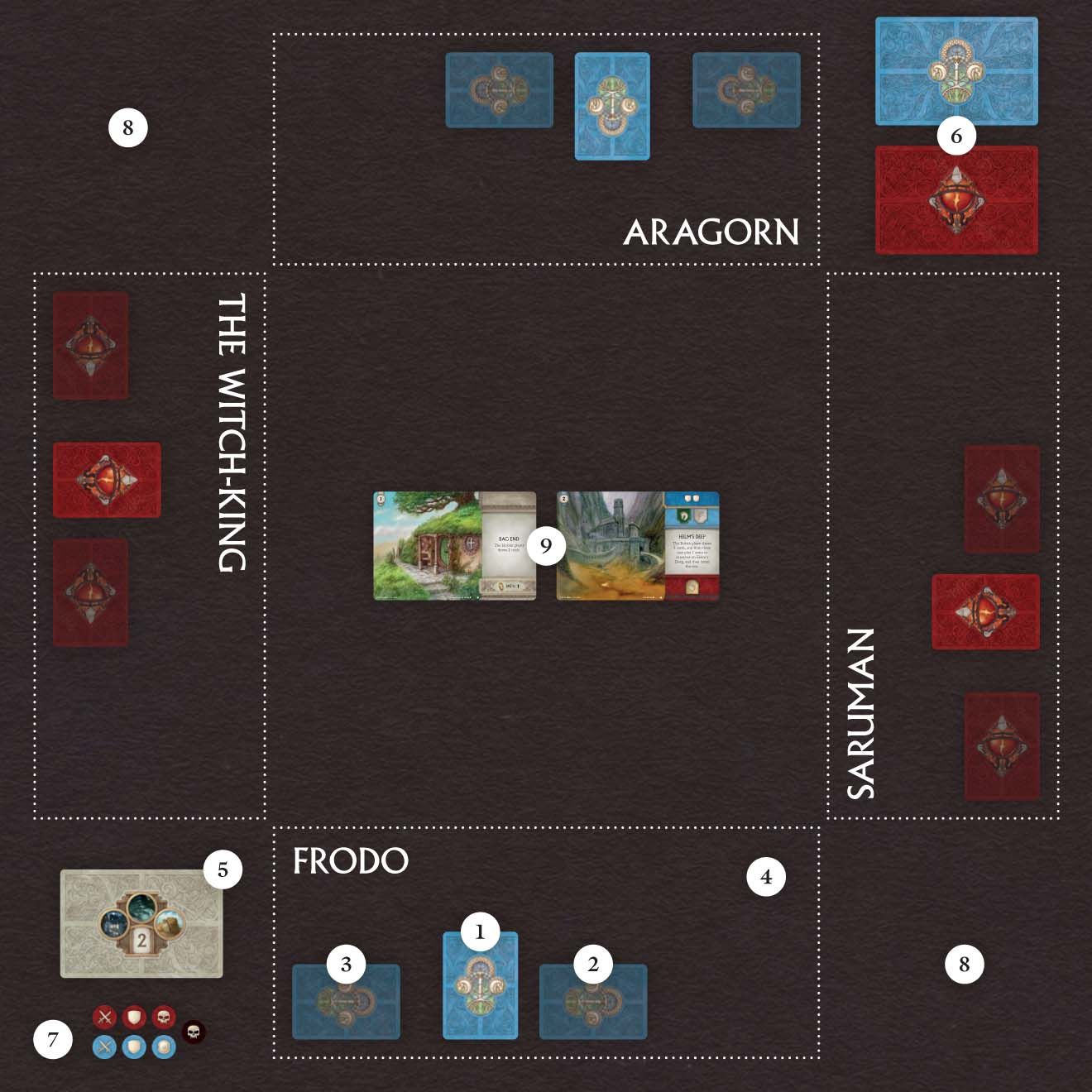 Each player will have a:

— Cycle pile (face down): Cards that are cycled are placed here. 2

— Eliminated pile (face down): Cards that are eliminated are placed here. 3 These cards will not be reused in the game — be sure to keep them well separated from your cycle pile!

— Reserve area: An area on the table where cards are played “in reserve”. 4

— The path deck 5 and the two battleground decks 6 placed where they are accessible to all players.

— Combat and corruption tokens, set to one side, for use later in the game. 7

— Each team designates a place on the table to be its Scoring Area 8, where the team will place battlegrounds, paths, and corruption tokens (Shadow only) after winning a combat.

— Leave some space in the center of the table where combats can be fought around active paths and battlegrounds. 9

Setup
What is DIZED Rules?
Dized Rules is a next generation rulebook for any tabletop game, including a search and a built-in FAQ. Dized also offers interactive play-along Tutorials which allow you to learn new games while you play!
Did you have an issue?
If you didn't find what you were looking for, or have general feedback about the service, please let us know. Together we can make Dized better!
Let us know
Copyright © 2018-2023 Dized
staging 45 2023-01-24T02:50:59.747Z