Put a card into play 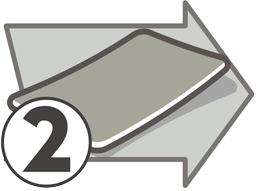 Each player selects which Units from their hand they want to put into play in their Kingdom.

Players simultaneously place the Units that they want to put into play, face down on available spots in their Kingdom.

If players lack space in their Kingdom, they can freely discard Units already in play or move them from one spot to another.

When all players are done playing, they simultaneously reveal the Units that they just played, and pay their cost in Gold.

A Unit that has been brought into play during a previous turn never has to be repaid for.

Pay for an Unit card

Remaining cards
Not enough Gold
Trigger Icon
Recruitment example
What is DIZED Rules?
Dized Rules is a next generation rulebook for any tabletop game, including a search and a built-in FAQ. Dized also offers interactive play-along Tutorials which allow you to learn new games while you play!
Did you have an issue?
If you didn't find what you were looking for, or have general feedback about the service, please let us know. Together we can make Dized better!
Let us know
Copyright © 2018-2022 Dized
main 29 2022-05-21T08:38:16.544Z